Dr Annie Gray, celebrated food historian and a regular on The Great British Bake Off, will be giving talks at Chawton House Library about the “knockout” dinners enjoyed by the Georgians at Christmas. 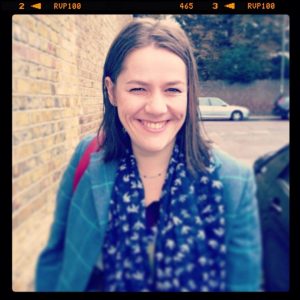 You once said: “You can’t beat a good bit of anything Georgian.” What’s so captivating about the period?

The Georgian period as a whole has got an awful lot going for it. You can really see the birth of modern Britain during the core Georgian period from about 1700 onwards in terms of people enjoying life. The clothing is fabulous, the attitudes are interesting, the Enlightenment is in full swing and people are questioning philosophical, medical and culinary viewpoints, left, right and centre.

As for the food, especially the feasting food, you cannot beat it. I would say that the flavours, tastes and textures of Georgian cooking are probably the best. Some of the combinations are just knockouts. It’s partly the way in which things are served but there’s also a sense of joy that you feel in the recipes. The Georgians aren’t as hemmed in by expectations as modern-day people often are: you have to step outside today’s thinking about what is edible or palatable.

What was typical Georgian Christmas fare?

The big thing at the time was beef and plum pudding and that was partly about Christmas and partly about Britishness. It was a very patriotic thing to have your roast beef and plum pudding. Turkey was associated with Christmas but only because it was a big bird and in season from Michaelmas onwards. It had by no means the kind of overwhelming Christmas association we think of today. Swan was still eaten, if you were very rich because it was a feast bird and looked good. You would always expect to see game on the table, whether that was hare, pigeon, pheasant, partridge, grouse or venison.

For most people, however, it was about sourcing things that were in season so that would be all the range of vegetables you’d expect at that time of year, such as cabbage, artichokes and carrots. Pickling was also popular and partly driven by the need to preserve food.

The Georgians were big on molding things so there would always be jellies and blancmanges, which would take ages to prepare. For your jellies you would have to boil calf’s soup for five hours but they looked fabulous, as they would wobble in the light. All of these meals were lit by firelight and candle light so when you put these dishes on the table, the effect was dramatic. Dessert would include hothouse fruits and nuts, which made more sense than having a filling Christmas pudding at the end of a big meal.

Presumably, the Christmas spread in wealthy households was a lavish affair?

The way in which Georgians sat down to dinner, which was à la française, meant you had anything up to 15 dishes on the table at once and often three courses of 15 dishes, if you were really rich. It was a brilliant way to dine. Even if you look at the Jane Austen context – the gentry and upper-middle classes – you still had a beautiful way of dining whereby every diner had a total free choice of what they ate.

Christmas today is the only time we really retain a bit of that, where everything goes on the table and people are told to help themselves, so it’s quite a nice time to look back and think that this is a little bit of the Georgian Christmas living on within our tradition today.

Some of the recipes that will be sampled at your talk are from the Knight Family Cookbook, a book that was collated by the Knight family who owned Chawton House. What do you think modern-day cooks will make of the Georgian recipes and are there suitably festive dishes to try?

The first time you’re faced with historic recipes, it can be very off-putting to be essentially told “Cook it until it’s done.” A lot of manuscript cookbooks were primarily regarded as an aide memoire for people who knew how to cook and so the early recipes and books were just lists of ingredients.

The Knight Family Cookbook is a bit different. It’s obviously been transcribed from lots of sheets of paper, is well written out all in one hand and has page numbers and a proper index. You can see how its been designed to be passed down the generations so it’s certainly more usable today than some other historic cookbooks.

Any of the recipes from the book would be suitable for Christmas and certainly those for cakes and rich sauces could well have appeared on the table at Christmas. Whether you cook from the book, all comes down to how confident you are as a cook. But I’ll be transcribing the recipes that are prepared at the event, including festive cinnamon cake and ginger cake, so that anyone who wants to try some dishes themselves will have all the information they need.

It’s obviously very fitting for you to be taking about Georgian cooking in a setting like Chawton House Library. How important is that to you as a historian?

If you study food and cookery, as I do, you’re inevitably an historian with an awareness of gender. I would certainly regard myself as a feminist historian and an historian of women because if you’re studying something like the domestic setting and domesticity, you’re exploring women’s rights and the role of women in history. So it’s exciting to be talking at Chawton House Library, itself an historic setting, and not forgetting the significance of the library founded on women’s writing.

I also think people attending talks in a relevant setting get more out of it because you can look around you and imagine walking into the room wearing a pair of stays and tight-laced clothing, surrounded by the smells of the cooking. I think it helps people to evoke an atmosphere and through that to compare and contrast the past with their own lives. It’s through comparing and contrasting that people learn about history, put it into context and appreciate the way in which history, the present and, indeed, the future interact.

Gourmet Georgian treats from The Knight Family Cookbook will be served and facsimile copies of the book will be on sale for £15 on the day or can be bought online from Chawton House Library.

Tickets cost £8.00 for adults or £4 for children (under fives go free) or a family ticket is available at £15 (two adults and up to three children). Book through Eventbrite or call Chawton House Library on 01420 541010.