January’s Fun Fact of the Month

January’s Fun Fact of the Month

Graham, who had a keen interest in geology, wrote a letter with detailed observations of the earthquake and its aftermath to Henry Warburton, who thought it worthy of publication in the Transactions of the Geological Society in 1824. This was the first article by a woman to appear in the journal and it was actually cited in Geologist Charles’ Lyell’s Principles of Geology (1830) as it supported his theory that earthquakes could cause the elevations of landmasses. 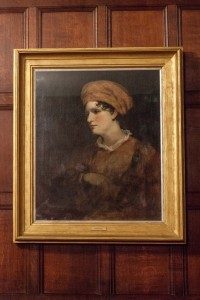 Maria Graham was the first woman (1785-1842) to forge a career as a travel writer. Her painting hangs in our Dining Room.

Graham found herself drawn into controversy, however, when another geologist, George Bellas Greenough, attacked this theory by publicly ridiculing Graham as a witness. Graham was incensed. According to her nephew, John Callcott Horsley, her husband and brother offered to fight a duel with Greenough, to which she responded ‘Be quiet, both of you, I am quite capable of fighting my own battles, and intend to do it.’ She then published a crushing response, On the Reality of the Rise of the Coast of Chile (1835). Soon after this, Charles Darwin corroborated Graham’s account when he observed the same phenomenon in 1835 in Chile during the second voyage of HMS Beagle.

Keep your eyes peeled for the next Fun Fact of the Month in February!