‘I do not wish women to have power over men, but over themselves’
Mary Wollstonecraft, Vindication of the Rights of Woman, 1792

One year on from the launch of Chawton House Library Conversations and to celebrate International Women’s Day, we asked our Visiting Fellows to choose one of their favourite eighteenth-century women writers and read a short piece of their writing.

First we hear from Flavia Ruzi (University of CA Riverside) who reads from Lady Mary Wortley Montagu (1689-1762) Turkish Embassy Letters. Montagu wrote about her travels and observations of Ottoman life and here Flavia reads an excerpt about her experience at the Turkish baths.

Next we listen to Catherine Gadsby-Mace (University of Sheffield) as she reads the preface of Charlotte Smith’s (1749 – 1806) Desmond published in 1792, a work that openly engages with contemporary politics and will be explored in our conference here in October.

Aleksondra Hultquist (University of Melbourne) then reads a particularly passionate passage from Delarivier Manley’s (1663– 1724) The Power of Love in Seven Novels (1720) where Violenta gets revenge on her bigamist husband.

Sonjeong Cho (Seoul National University) describes the work of Mary Wollstonecraft (1759-1797) and reads an excerpt from the Vindication of the Rights of Woman, 1792, on the revolution in female manners.

Finally we hear from Lisa Freeman (University of Illinnois at Chicago) who reads Elizabeth Carter’s (1717 –1806) A Dialogue from her Poems on Several Occasions, 1762. 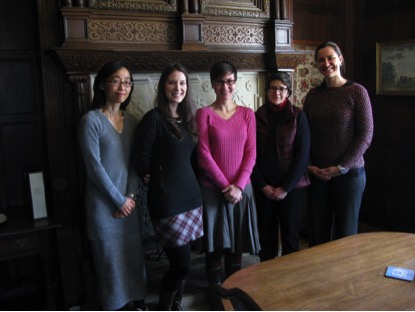