Important news about our future

Important news about our future

After more than 20 years as the Chair of the Board of Trustees, Dr Sandy Lerner has announced that she is stepping down from the board, and taking on the honorary position of Founding Patron. 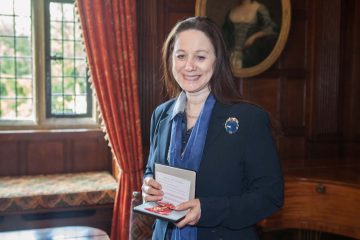 Sandy Lerner is a highly successful, innovative, and original entrepreneur. Her career highlights include co-founding Cisco Systems and starting the cosmetics company, Urban Decay, as well as more recent involvement in ethical and sustainable farming, in accordance with her strong interest in animal welfare. Sandy has been honoured by many universities and organisations around the world for her extraordinary philanthropy. In May 2015, she was presented with an honorary OBE for services to UK culture: a special ceremony was held at the Library, for which she was granted permission by Her Majesty the Queen, whose representative in Hampshire, Lord-Lieutenant Nigel Atkinson, made the presentation.

We are all immensely grateful to Sandy for providing the original vision – and the core collection of rare books – for Chawton House Library. Her drive to establish this unique charity to promote early women’s writing in the village where Jane Austen spent the last years of her life has been inspirational. Sandy’s financial commitment, and her unswerving dedication in terms of her own time, has given Chawton House Library a tremendous amount of support for over two decades.

“Sandy Lerner has poured her time, money and ideas into Chawton House Library, and I salute her. I am grateful to her for putting the Library in to Chawton House, thereby rescuing the buildings, gardens, and landscape which had reached a sad point of decay when she took over.”

Sandy has generously pledged to cover the costs of running the Library until the end of 2017, and to set up an endowment to contribute towards the annual running costs thereafter.  Her intention is that we should use her generous support as a ‘challenge’ gift to raise matched funding to secure the future of the Library. 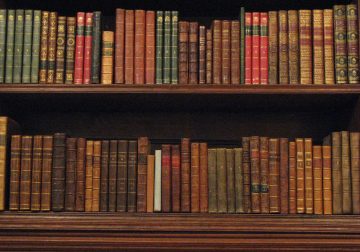 With Sandy’s departure from the Board, we face challenges that will demand creativity and commitment from our dedicated supporters. Dr Linda Bree, of Cambridge University Press, our interim Chair, writes:

“What Sandy Lerner has done in establishing Chawton House Library is a magnificent thing, and what she proposes – as she turns her attention, after all this time, to her other interests – is typically generous. We will now need to work towards a sustainable future for the Library which will pay tribute to her vision, and the years of time, energy and expertise she put into establishing it.”

Building on the foundations of the last 20 years, we will continue to develop our international academic research profile, and the range of what we offer visitors to the house and the gardens. We must protect and preserve this significant literary heritage for years to come. With the support of our Patrons, Friends and the wider public, we know we can secure our future.