Tales from the garden: June

Tales from the garden: June

Garden Manager Andrew Bentley tells us about the latest garden happenings as we come to the end of June.

‘Our England is a garden, and such gardens are not made
By singing:–”Oh, how beautiful!” and sitting in the shade,
While better men than we go out and start their working lives
At grubbing weeds from gravel-paths with broken dinner-knives’

Rudyard Kipling, ‘The Glory of the Garden’

If you haven’t read the full poem by Kipling, I strongly recommend it. His wit and wisdom shines through and, as a gardener, I can sense his understanding of the work required to produce and maintain a beautiful garden! 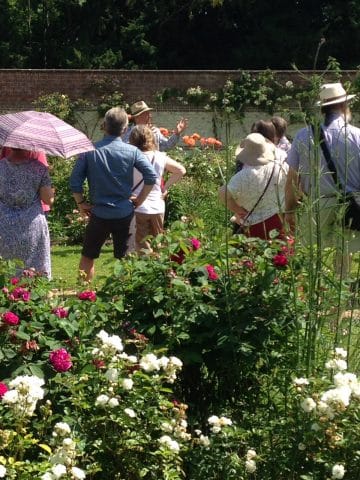 The hottest June since 1976

This month I so wished that Kipling was wrong about sitting in the shade. As I write this, on summer solstice, we have just experienced the hottest June day since 1976 – and yes, I am old enough to remember that extremely well! It was the only time in my life I experienced water rationing and we had to collect our allocated supply from standpipes. How did the gardeners cope then? Not just with working in the heat and humidity, but with little water to keep plants alive? I also remember the winter of 1976 and I am hoping we don’t get a similar pattern of weather this year… look it up if you weren’t around at the time.

A benefit of this weather has been the fast ripening of our Gooseberries in the walled garden. These are the first of our ‘soft fruits’ to be ready, we also have Summer & Autumn Raspberries, Blackcurrants and Redcurrants. Gooseberries are clever things in evolutionary terms. Most soft fruit ripens merrily near the top or outer edge of the plant and is quickly consumed by wildlife, especially birds. Gooseberries are incredibly prickly plants and their fruits mostly develop in their lower canopies where animals struggle to access – thereby ensuring the fruit fully ripens – with seeds – before dropping to the ground for passing animals to consume and deposit the seeds elsewhere later on. Brilliant for the Gooseberry bush….not so brilliant for the gardener trying to harvest the fruit! I’ve found the best method is to lie on my back and shimmy under the bush to reach up from below. Anybody coming across me during this harvesting may well think I’ve collapsed or suffered some other misfortune! 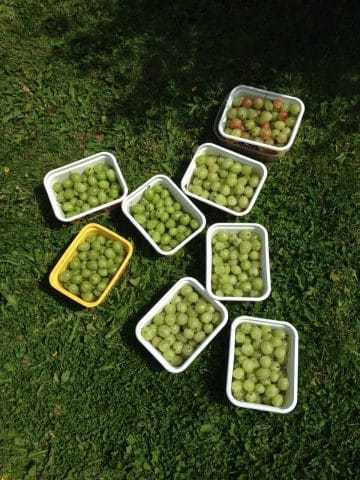 Losing your head in the Wilderness

I’ve been involved in three enjoyable events this month. The first was the Chawton village Open Gardens weekend, organised by village residents. Several gardens in the village open their gates for others to visit and scrutinise their efforts, lots of refreshments and plants are sold and there is a heavily contested scarecrow competition! The theme for this years’ competition was ‘Horrible Histories’ and here at Chawton House Library we decided our entry would be ‘the six wives of Henry VIII. This seemed like a good idea when thought up on a whim last year but then came the realisation that we needed to make not one but six scarecrows! Step forward my wife Debbi who happens to be a primary school teacher and rather a dab hand at arts and crafts. From scratch she made all the Tudor dresses, head wear, added costume jewellery, and made the heads from papier-mache. When the judges arrived, they also found the King himself was waiting to greet them! We came third! We won a certificate, rosette and gift vouchers and I was so chuffed that Debbi’s hard work (and my brilliant costume!) paid off. 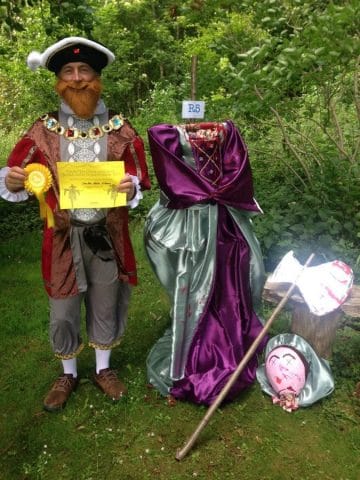 Off with her head!

Next I was invited to give a talk at Gilbert White’s House during their 25th Anniversary Unusual Plant Fair. I enjoy any opportunity to visit Gilbert White’s House so I was delighted to be part of the programme this year. I chose to talk about the influences, rise and consequences of the English Landscape Garden as the gardens of both Gilbert White’s and Chawton House Library are in this style. I had a good crowd who seemed to enjoy themselves and unusually did ask questions at the end. I also managed to catch up with one or two plant nursery owners who will be attending our own very first plant fair on the 20th August. 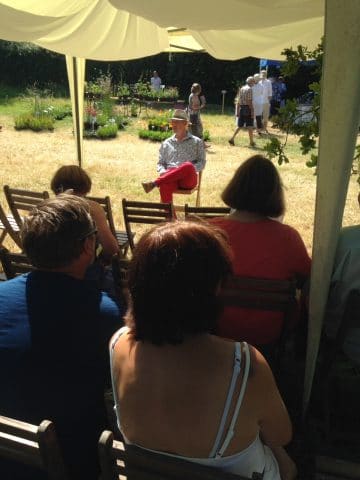 Lastly we are in the throes of Alton Regency Week. There are a lot of events locally to celebrate this, with plenty taking place here at Chawton House. My small part was to provide a garden tour followed by cream tea in our courtyard. This event was fully booked with thirty guests – including a couple of ladies in full regency outfits! The hot weather certainly gave them a chance to test their parasols. We had a merry time for an hour seeking out shady spots to stop so I could talk about the different areas around the garden. Again I had the pleasure of entertaining a lovely group of people and thoroughly enjoyed it myself… a gardeners’ life isn’t so bad you know! 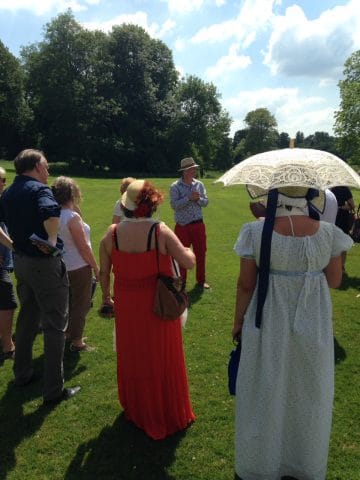 Taking a turn about the garden