Tales from the garden: July

Tales from the garden: July

As we head into August, Garden Manager Andrew Bentley reflects on the busy July we’ve had at Chawton House Library

Now, I don’t intend to go all ‘Luvvie’ to you my dear readers but I must start this month’s blog by mentioning I was interviewed not once, but twice by the BBC in July. First up was a live interview on the bicentenary of Jane Austen’s death – the 18th July. We had BBC Radio Surrey & Sussex broadcasting throughout the day with interviews with various staff and volunteers. My piece was broadcast from our library terrace and I had the opportunity to describe the garden and the changes it has gone through over the years. It was an interesting experience as we had visitors stopping and taking photographs of me whilst I was being interviewed, erroneously thinking I might be some sort of local celebrity! 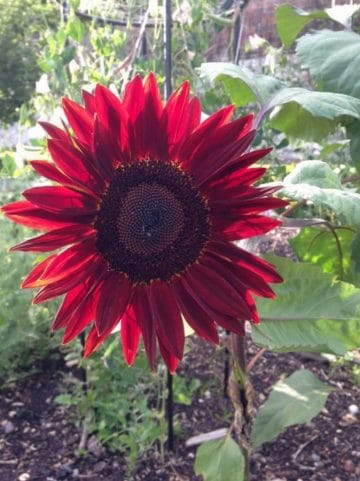 My next interview was with BBC Radio Solent who came to record me in the Elizabeth Blackwell herb garden to talk about its creation and some of the many plants in it. This was the second time Radio Solent have come to interview me in the garden and both times they brought the rain with them. It requires some clever editing I believe to remove the background sound of rain drumming on the umbrella! 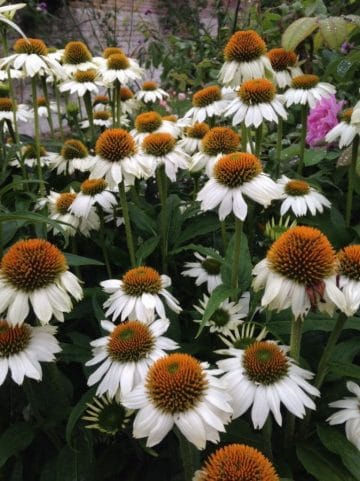 Having mentioned the bicentenary of Jane’s death, I was chuffed to be able to supply a small bouquet of Pride and Prejudice Roses I planted in the walled garden last year to be placed on her grave at Winchester Cathedral during the day. How fitting! The flowers are a pale peach with a strong scent and so many of our visitors ask me about them and are delighted when they hear what they are called. They were bred especially in 2013 by Harkness Roses to celebrate the bicentenary of the novel being published. 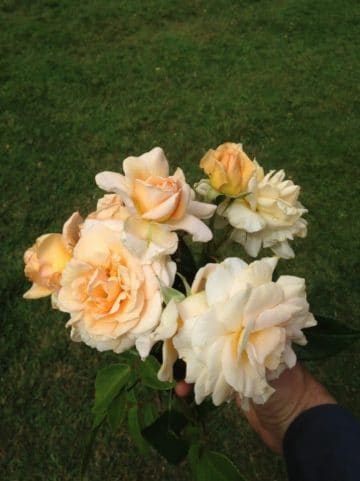 Sticking with the theme of Pride and Prejudice, I was eventually persuaded to partake in our new fundraising campaign #TheDarcyLook. This requires a gentleman to don a white shirt and be drenched with water to emulate the wet shirt Mr Darcy scene from the BBC adaptation! I decided to make a short film entitled ‘Miss Bennet’s revenge’ which involved my wife in suitable attire playing the part of Miss Bennet throwing a bucket of water over me whilst I’m sat on a bench admiring the lovely weather. If you’d like to see my efforts, take a look on our Facebook page and make sure your volume is up! Do join in if you can, or nominate someone game to take part – it is all for a very good cause to help us secure the future of this special place..