Regency Week is always a highlight and this year was no exception, with visitors flocking to the ‘Great House’ dressed in all their historical finery. Chawton House held a number of events, all of which were sold out, including a garden tour & cream tea, two curator tours of our current exhibition ‘The Art of Freezing the Blood’ and the UK launch of Caroline Knight’s memoir ‘Jane & Me: My Austen Heritage’. 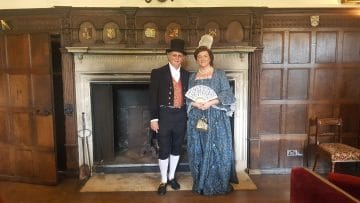 The Knights returning to their family home

A few days before her talk, Caroline came for a social call at the ‘Great House’, dressed in a splendid gown which she said channelled Lady Catherine de Bourgh from Pride and Prejudice. Her father Jeremy also looked the part in top hat and tails.

Caroline’s talk took place in the Great Hall, or what she and her family referred to as ‘the nursery’. She shared numerous amusing anecdotes about growing up at Chawton House, such as the time when she put a plate in the microwave as a teenager to heat up a slice of game pie. The plate in question happened to be an original Wedgewood piece with gold leaf that Edward Knight had ordered with his sister, Jane. The screams of horror from the audience could no doubt be heard from the churchyard! Fortunately Caroline retrieved the plate before any damage was done. Being the last Austen descendent to grow up on the Chawton estate, Caroline always felt the presence of Jane Austen’s legacy. She described the many charitable events the Knight family hosted at the house, and it is clear to see Caroline has kept this sense of philanthropy with her. First, with her founding the Jane Austen Literacy Foundation, and secondly with supporting our #BrickbyBrick campaign. You can read more about her thoughts on the campaign here. 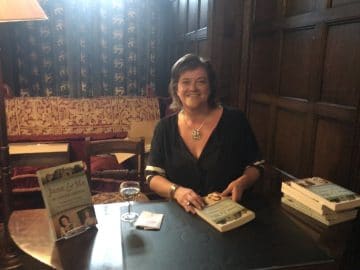 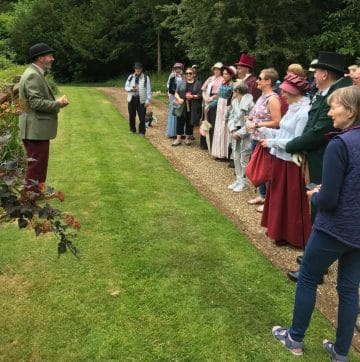 There were plenty of bonnets seen throughout Regency Week, which added to the sense of stepping back in time. Andrew befitted his role as ‘Gardening Gent’ with bowler hat and bow tie, though belonged more in the Edwardian era rather than the Regency! Visitors followed in Jane’s footsteps as Andrew led them round the grounds and Walled Garden. 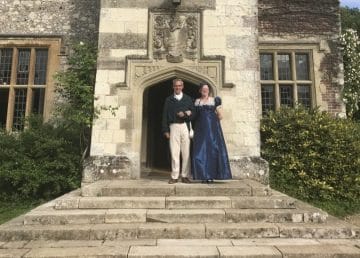 Our volunteers Ian and Jenny Beveridge got into the spirit of things!

Curator’s tour of our Gothic exhibiton

Our postdoctoral fellow, Dr Kim Simpson, gave visitors the benefit of her expert knowledge on our exhibition ‘The Art of Freezing the Blood’. The group, some of whom wore Regency gowns (though none were in mourning dress!) found out more about the Gothic craze, which inspired the likes of Jane Austen to write her mock gothic Northanger Abbey. 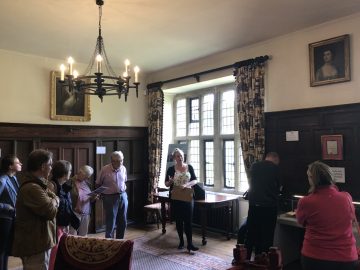 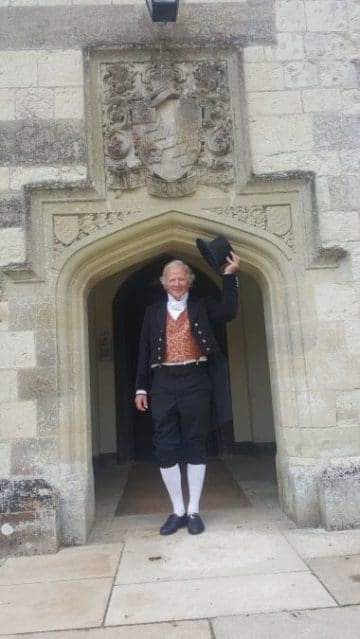