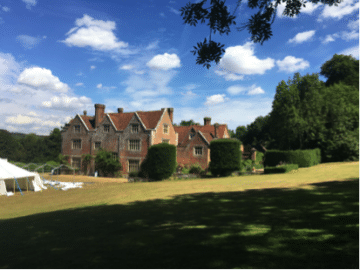 As I walked up the long approach to Chawton House, I was immediately struck by its imposing beauty. Beyond its grand stone building, elaborately decorated interiors and lush gardens I had briefly seen on Google before applying to work here, I had little idea what to expect. I found Chawton almost by accident. Scrolling through hundreds of pages of placements on the Oxford internships website and becoming increasingly depressed at the prospect of spending my summer at one of the countless consultancy firms it advertised, I stumbled across Chawton, one day before the closing date. Needless to say I immediately sent off my CV immediately, and to my delight Darren offered me the place; and so, a few months later, I finally arrived. 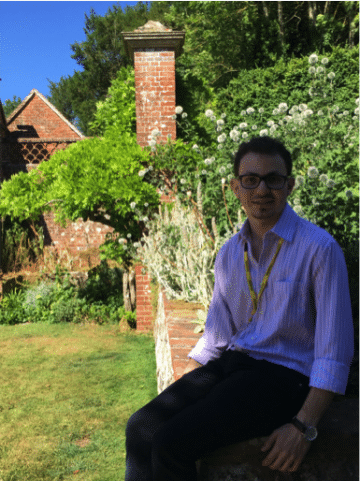 All the staff and volunteers could not have been more welcoming. The team here is small and their responsibilities vast, but despite the sometimes considerable pressure to keep the house running, the tea room open, the invaluable collection safe and the visiting researchers happy, the atmosphere remains friendly and informal. Lunch and tea breaks are observed religiously and everyone here is happy to take time out of their day to chat to volunteers and interns and answer our many questions about the house and its workings. There is also a surprising diversity of people here: alongside retirees from neighbouring Alton, people come to volunteer here from as far afield as South Carolina; researchers from the local Southampton University to Harvard.

My time at Chawton began with a tour by Darren (Chawton’s wonderful librarian) of the house and its collections. Dating originally from the sixteenth century, the house is a remarkable architectural hybrid, with each generation of the Knight family leaving its own mark. On the Tudor structure was added eighteenth-century furnishings, exquisite nineteenth-century wooden panelling (and a now-lost Victorian wing and billiard room!), and portraits of prominent historic female writers and artists of all kinds, brought by benefactor Sandy Lerner in recent 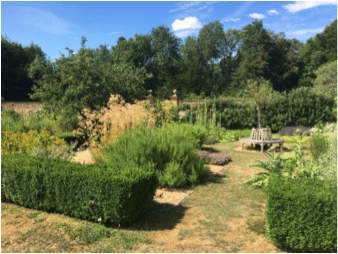 decades; reflecting Chawton’s connection to Jane Austen and its role as custodian of invaluable collections of women’s writing. Surrounding the house are its beautiful gardens, sensitively kept so that little seems to have changed since Jane Austen wandered them.

Yet Chawton’s greatest treasure is its libraries. Granted privileged access to its climate-controlled basement storerooms where the most valuable items are held, I was able to work with both impressible collections housed here. The first, still belonging to the Knight family, contains all the works one would expect in the library of wealthy and well-read eighteenth-century aristocrats: Classical histories, French Enlightenment philosophy, local records, maps, literature and prayer-books; all exquisitely bound and illustrated. Alongside these are the more recently acquired collection of female writers: 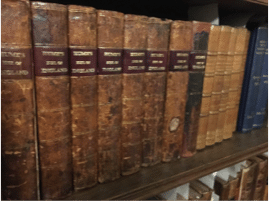 amongst its most prized books are a first edition of Mansfield Park and manuscripts of eighteenth-century writers, some of them entirely unique. Less valuable, but no less fascinating, are Chawton’s reading rooms, filled with more modern works donated by leading academics, often filled with their own insightful (and at times scathing) critiques. Though few people are able to simply wander at leisure through the collections I have over the past two weeks, seen part of what makes Chawton so special is its accessibility. Though I am used to working in libraries with impressive collections, they are usually locked away from all but the most senior academics: students, let alone the general public, are allowed nowhere near them. Yet at Chawton, any member of the 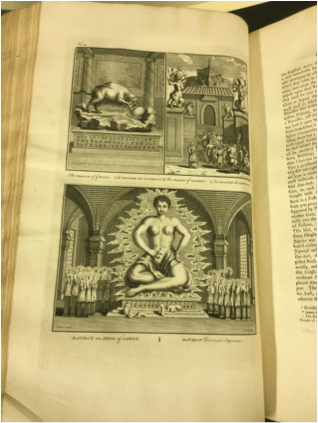 public can book an appointment with Darren to view any items in its collection: general enthusiasts as well as distinguished researchers are able to enjoy Chawton’s treasures.

My work here has been varied, allowing me insights into every aspect in the house and library. Alongside the volunteers, part of my role has welcoming visitors to the house, assisting them on their visit, and I even had the chance to shadow one of Chawton’s brilliant guides as she took member of the local U3A on a tours of the house. I also had the responsibility most days of opening up the house in mornings and closing down last thing in the afternoon. Working with Jane I have conducted provisional research for grant applications which, I like to think, in my own small way, has helped contribute towards the future sustainability of Chawton House.

Most of my time, however, has been spent working with Darren in Chawton’s Libraries. In preparation for the upcoming exhibition on female writers and women’s rights, I have been working through Chawton’s extensive material on the Brontë sisters. As well as to first editions of Charlotte Brontë’s novels and Gaskell’s seminal autobiography of her, Chawton has magazines, newspaper clippings, pamphlets and other paraphernalia on the Brontës dating back over a hundred and fifty years. 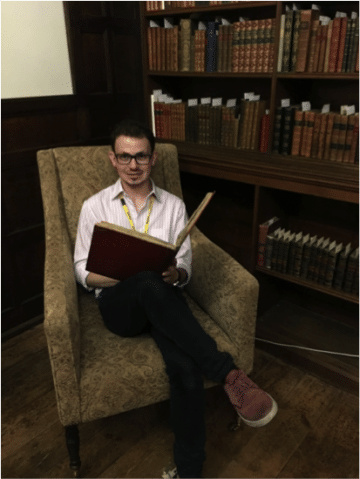 Searching through these looking for material for the exhibition has been fascinating; not only learning so much about the Brontës, but also the countless other random but often brilliant articles I stumbled upon in the process, from contemporary politics to a 1960s satirical travel piece on a fictional trip to the USSR in Punch. I have also had the opportunity to work with Chawton’s incredible team of volunteers on the on-going conservation and digitisation projects.

I am immensely grateful to all the staff and volunteers for making my two weeks here such and enjoyable and rewarding experience. I would like to thank in particular Corrine, Anthony and Jane, who have had been such brilliant colleagues over the past two weeks; and above all, Darren, for organising my internships and making my time here so memorable. I look forward to returning to Chawton in the New Year to see for the women’s rights exhibition; perhaps dotted around the house I may even find displayed and piece or two I recognise!