Anyone who has visited Chawton House knows that the village of Chawton seems to exist within a time bubble that appears to have barely changed throughout its history. Chawton House feels much the same, especially in the library, surrounded by so many books and so much history. For a few weeks this summer I have been lucky enough to read some of those books, while researching for the 2020 exhibition. Headed by Clio O’Sullivan, Communications and Public Engagement Manager, this exhibition will feature women from the 18th Century who stepped into men’s shoes in a time when it was extremely frowned upon to diverge from the typical ‘domestic’ woman. 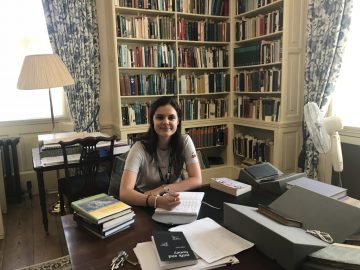 During my first week I was reading four of the books that will hopefully feature in the new exhibition, making notes about the plot and the main heroine in the Upper Reading Room and feeling like the whole experience was completely surreal. I was also able to have a more in-depth tour of the house than I had experienced previously as a visitor, along with another new intern Yvonne. There is something so humbling about walking around the entirety of the house and learning all about some of the smaller details that make the house seem otherworldly. We were both excited to be able to help with some of the tours, and luckily I was primarily in the library, which included being able to talk about books for the day! On 9th August, I had the honour of taking over Chawton House’s Instagram account for National Book Lovers Day, interacting with some of their followers about the books they enjoyed and the books we had on display in the library. The library will always be my favourite room; how can it not be with all those books surrounding you! Throughout this week I also got to know the staff and other volunteers better as well, the whole team lovely and welcoming even when I didn’t know how to do something. 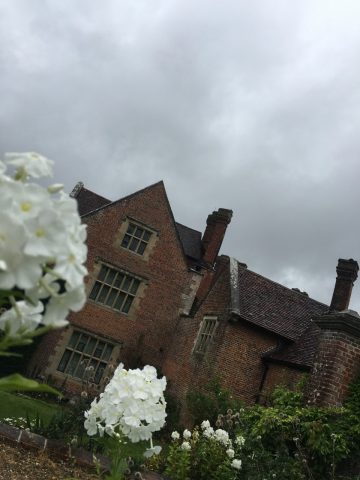 My second week at Chawton was spent reading more around the subject of 18th Century women and their roles. I was very lucky as this topic was something I was already interested in and so I had a lot of fun doing some further research on all the heroines I had read about. The second half of the week I started compiling all the information I had gathered in the first week and working on interactive projects for the new exhibition. First was a game dedicated to what would happen to you if you joined the navy in the 18th Century, based off of the events in two of the books I had read in the first week about Hannah Snell and Mary Ann Talbot. The second project was a personality quiz that featured each of the women I had researched, leading to fourteen results and lots of the 18th Century themed questions! Both were very fun to make and finish, the final products making the rounds as we enjoyed finding out our results. 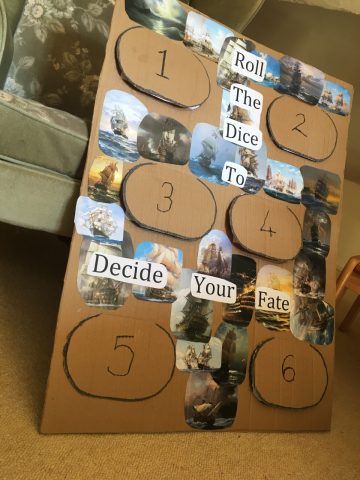 My third and final week at Chawton was essentially rounding up on all the work I had been doing for the first two, finishing off all of my notes and working on some more social media posts that I could draft up. My time at Chawton House has been something a little like a dream, working with people who enjoy many of the same things that I do and in a setting I was honoured to experience for my placement. 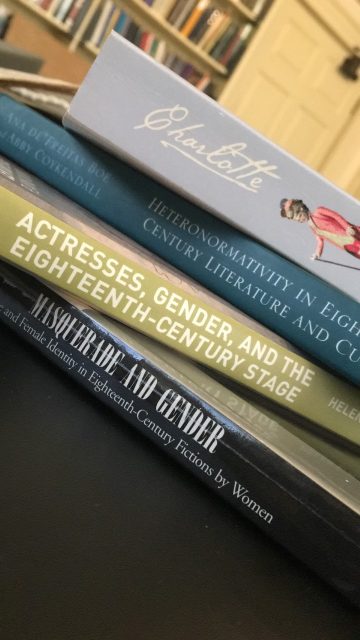 Books I read for contextual research

I have learnt so much during my time at Chawton and enjoyed my time here more than anything. Thank you so much to the whole team who made my three weeks here sensational, sharing their time and knowledge with me and making me feel so welcome. A special thank you to Clio for allowing me to do all the fun tasks she really wanted to do and letting me be a part of her exhibition, and to Katie for making my placement possible. I hope I get the opportunity to come back soon and good luck with the 2020 exhibition!