The death of Jane Austen

The death of Jane Austen 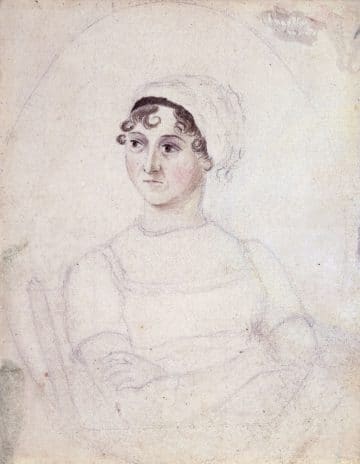 Michael D Sanders, Emeritus Consultant, St Thomas’ Hospital, London, UK, has lived in sight of Jane Austen’s House for over twenty years and has a life-long interest in her works. By reviewing all of Austen’s available letters and extricating relevant medical information, he has put forward a case that Jane Austen did not die of Addison’s or Hodgkin’s disease, as is widely held, but that she died of lupus.

Systemic Lupus Erythematosus is an autoimmune disease that involves multiple systems and 90% of patients are female with a high mortality. He has published his findings in Lupus a SAGE Journal, which is a global academic publisher of books, journals, and a growing suite of library products and services. Elizabeth Graham was a long time colleague at St Thomas’s with a keen interest in  Jane Austen.

We speak to him about his research.

Question: When did you first become interested in Jane Austen as a writer?

Answer: I joined the Jane Austen Society in the 70’s, with a Life Membership for £10.

Question: What made you want to research further into the cause of Jane Austen’s death?

Answer: The article by Sir Zachary Cope on Addison’s Disease in 1964 was hanging in the J.A Museum and on retirement I intended to review the subject.

Question: Was the phrase that Austen uses to describe her skin colour – ‘Black and white and every wrong colour’ – your first clue it might not be Addisons?

Answer: I started reviewing every letter to cover her whole history and her main and most frequent symptom was of Rheumatism. The skin in Addison’s disease is progressive tanning, often to a dark colour, of the whole body and is permanent. Her lesions were multicoloured, transient and on the face. So the skin was not typical of Addison’s. Only two conditions produce pigmentation and recovery and the condition that affects the face is Lupus. She therefore had 2 of the main symptoms of Lupus.

Question: If lupus is possibly genetic, why haven’t other members of the Austen family suffered from it?

Answer: Lupus has no definite genetic  diagnostic features though there are several genetic variations that have been  associated. The female predominance is also being studied.

Question: You’ve previously spoken about the help given by the late Deirdre Le Faye. What advice did she give you?

Answer:  Deidre was amazing, she had just written on Addison’s ,so we were in the process of converting. She was helpful with every detail mainly on dates and timing. She indicated she would leave the medicine to us, but fiercely debated the cause of Jane’s discharge. We had great debate on whether there was ever ‘actual’ or ‘acute’ pain as descriptions varied, depending on who was writing.

Question: Had Jane Austen been diagnosed correctly, might she have survived?

Answer:   Lupus is a terrible disease for women. Jane died about 11 months after her first symptoms, and in the British studies most recently females died on average 3.8 years after diagnosis, despite treatment. Current American papers suggest that it continues to kill young women. Current treatment greatly extends life expectancy, due to steroids. Jane had the same disease that is currently recognised, and she even conforms to the International
criteria as recognised today.