*Please note that following the passing of HM The Queen, the launch date of our campaign was postponed from 10 September, the date of Wollstonecraft’s death, until October 1st to respect the period of national mourning.*

Chawton House is aiming to raise £4000 to purchase a copy of Mary Wollstonecraft’s  Posthumous Works. 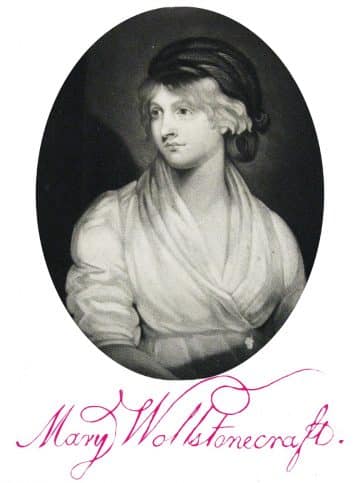 Wollstonecraft is one of the long eighteenth’s century’s most important philosophical thinkers. She is renowned for her Vindication of the Rights of Woman (1792), a radical proto-feminist work that argues passionately for women’s right to education, but her varied oeuvre includes conduct books, political history, children’s literature, travel writing, translation, novels and short stories. Her eventful life ended in a tragedy that makes clear the dangers of living in a female body in the eighteenth century: she died of complications following the birth of her daughter, Mary (later Shelley, author of Frankenstein). Posthumously, she was also victim to the behavioural standards of her day: the overly candid memoir penned by her grieving husband inadvertently ruined her reputation, despite her ideas continuing to influence women writers for centuries to come.

Mary Wollstonecraft is a significant author for Chawton House because she is an integral figure across many of the thematic strengths of our collection, from early women’s rights and Gothic to Jane Austen’s world. Her views and arguments allow public audiences to understand what life was like for women during Wollstonecraft’s period, but also encourage reflection on modern attitudes to gender, education, and sexuality. Her biography raises important questions about reputation and legacy. 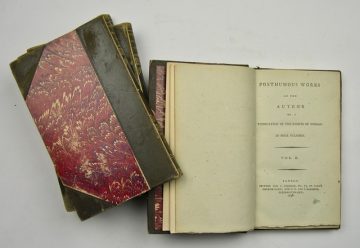 We hold first editions of most of Mary Wollstonecraft’s works.* However, we do not have an early edition of Posthumous Works. Acquiring this first edition would fill a significant gap in Chawton House’s collection. The four volumes, collated by William Godwin after Wollstonecraft died, contain two fictional works – The Wrongs of Woman: or, Maria. A Fragment and an extract of ‘the Cave of Fancy, a Tale’ – along with letters, essays and items relating to the education of children. This edition is crucial in telling Wollstonecraft’s story, including her posthumous reception, to wider audiences. 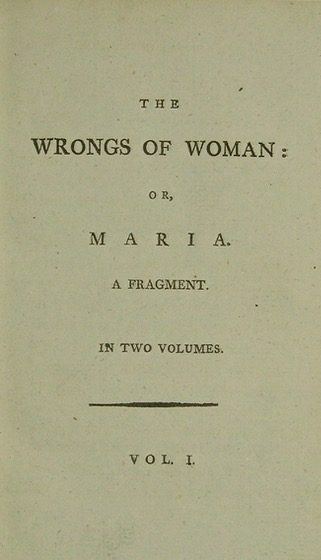 Her unfinished novel, Maria, is a particularly important companion piece to her Vindication of the Rights of Woman, exploring in fiction the different systems of oppression faced by women across the class spectrum, which she highlighted in the Vindication. By having a complete set of Wollstonecraft’s works, with most in early editions, Chawton House will be able to expand the public access to her works – including the lesser-known unfinished works of fiction within Posthumous Works – in a way very few other literary collections are able to.

*You can view a list of our Wollstonecraft holdings here.

Launching on 1 October, this Autumn campaign will begin with a digital launch, bringing together scholars and authors to talk about Wollstonecraft’s reputation and legacy.

How to get involved

In addition to our launch, all the proceeds from two Autumn digital events on Wollstonecraft will go towards the campaign fund:

Be part of our Maria Audiobook

Over the course of November, we’ll be working to compile an audiobook of Maria, or the Wrongs of Woman. We will have recording slots available (10-15 minutes each) to purchase from 1-23 October. On 24 October, readers will receive an allocated section of text and detailed instructions about recording. Record your section with or without video and send it in to us by 15 November to be included in our production of Maria, which will premier on YouTube at the end of the fundraiser (1 November).

Donate to our Crowdfunder

We hope that you will join our effort to bring this important work to Chawton House.