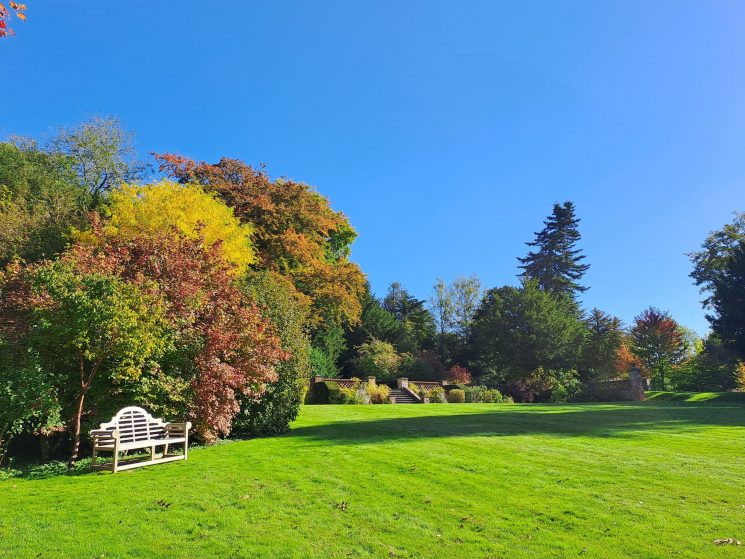 Throughout November we will be celebrating the installation of benches around our gardens that were installed as part of the Share a Bench with Jane appeal, launched by the North American Friends of Chawton House (NAFCH) in 2019.

The Share a Bench with Jane appeal aimed to provide new benches for the Chawton House gardens, offering visitors a space to sit and enjoy the picturesque views that Austen once admired. All thirty benches have now been sponsored, with each sponsor or sponsor group selecting a literary quote from an important voice in history to adorn their bench. We would like to thank everyone at NAFCH for their continued support of both Chawton House and our mission to raise a greater understanding of early women writers, with the aim of restoring them to their rightful place in the history of English literature.

This week’s star bench is located on the Upper Lower Terrace, with stunning views of the House and wider estate, and is bears quotation from the infamous Lord Byron:

Of cloudless climes and starry skies.”

Lord Byron, She Walks in Beauty

Despite being a beautiful writer, Byron’s work was overshadowed in his day by his scandalous and exotic personal life. Handsome and charming, he was well known in society as a notorious womaniser and gossip circulated about him wherever he was. One of his most emphatic admirers was the sensitive Lady Caroline Lamb (wife of William Lamb, 2nd Viscount Melbourne) who gave him the famous epitaph, “mad, bad and dangerous to know” and made many attempts at holding his attentions before losing hope. These included cross-dressing as a page boy and turning up at his house, smashing a wine glass over herself at a ball when he insulted her, and basing the villainous antagonist in her debut novel Glenarvon (1816) on Byron. 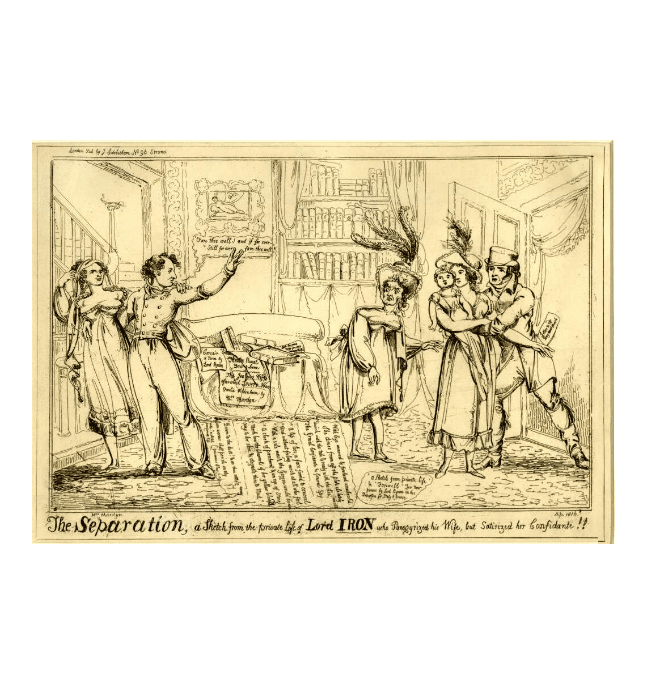 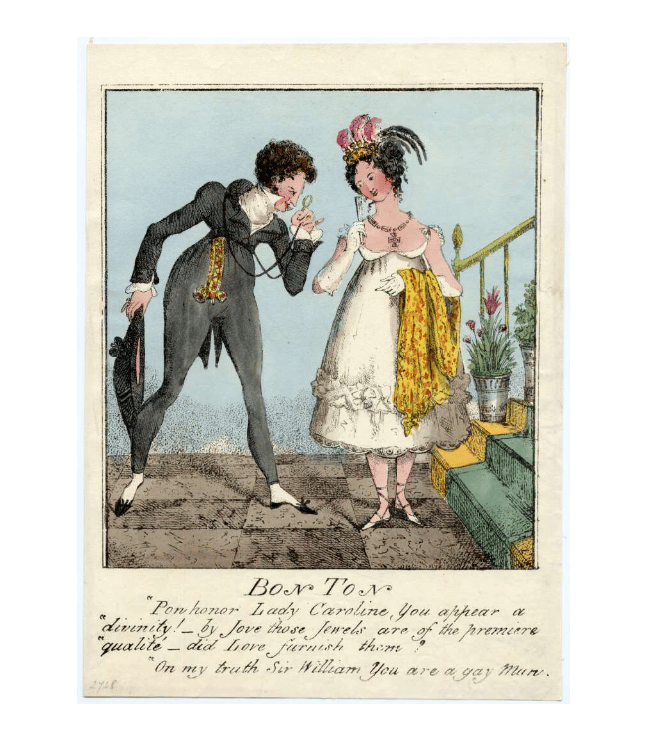 Social gossip was often circulated through satirical cartoons. On the left is a cartoon showing the breakdown of the marriage between Byron and his wife and on the right is a cartoon of a man inspecting Caroline Lamb’s necklace, a cruel jab at her promiscuous reputation. Copyright: The British Museum

Despite the fact the Byron pursued Lady Caroline Lamb for many months, it was she who suffered the brunt of society’s anger. She was disgraced and exiled to Ireland by her husband, and even family members found it difficult to call on her, with her childhood friend and cousin Lady Granville admitting “I mean to make my visits annual.” 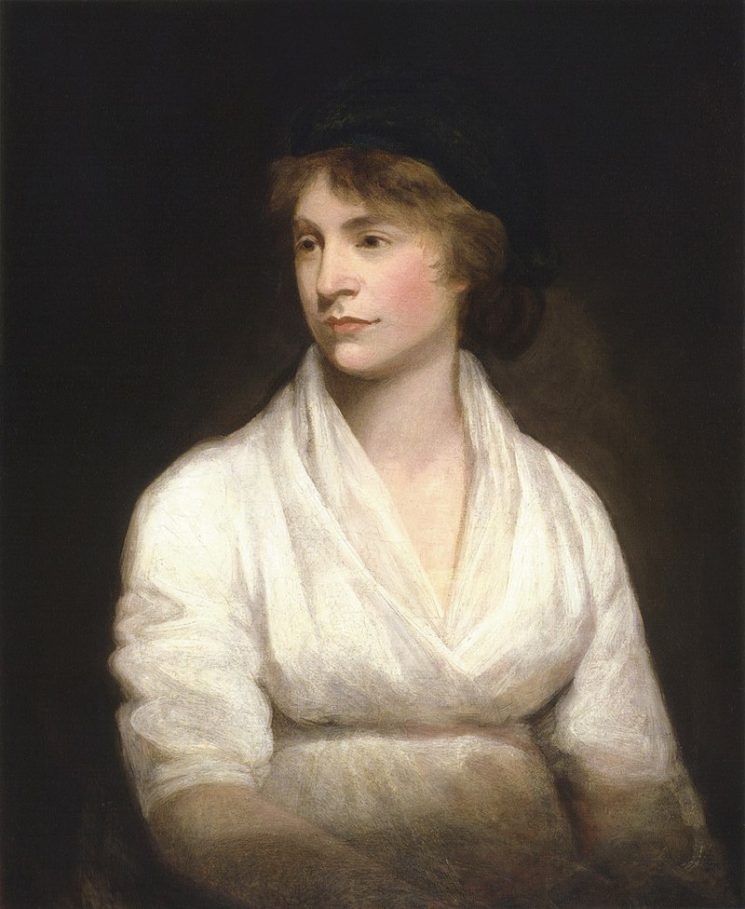 It was, of course, not unusual for women to take the heat on public scandal. Mary Wollstonecraft, a fervent supporter of female free-will was also painted as scandalous for her dangerously radical belief system, but also for a string of affairs, illegitimate children and suicide attempts, which were revealed after her death in her husband Godwin’s memoir. Fortunately for us, she is now recognised as one of the most important feminist thinkers of the eighteenth century, and a bench in the Gardens is now adorned with the following quote:

“I do not wish women to have power over men: but over themselves”

Mary Wollstonecraft, A Vindication of the Rights of Women

“Our remedies oft in ourselves do lie.”

Many believe that Georgian England saw the birth of celebrity culture in Britain, and one site for this emerging culture was the stage. Jane Austen herself was well acquainted with the theatre and admired many actors. With the mounting buzz of the theatre as a social hub came the fashion for following the careers and private lives of female actresses in particular. Some of the most famous actresses of the day can be spotted in Chawton House’s Oak Room, including Kitty Clive, Elizabeth Hartley and Mary Robinson. Hartley and Robinson in particular were no strangers to the Georgian gossip mill. Mary Robinson became known by her Shakespearean alias ‘Perdita’ after performing in The Winter’s Tale in 1779 and shortly thereafter became mistress of the Prince of Wales (later King George IV), who offered her the great sum of £20,000 to be his lover. Likewise, Elizabeth Hartley was notorious for her role in many public scandals including ‘the Vauxhall affray” where an unflattering comment made at Vauxhall gardens ended in a violent boxing match between her friend Henry Bate and a group of libertines. 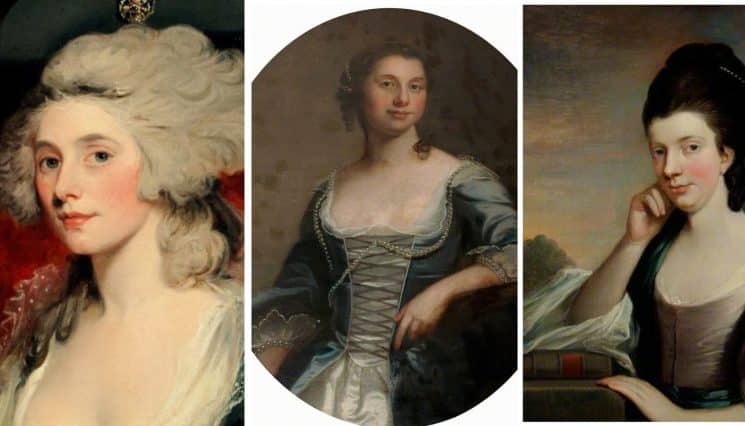 From left to right: Mary Robinson (as Perdita), Kitty Clive and Elizabeth Hartley

“To a dusty shelf we aspire”

For Jane, Shirley and Wallis

Our fascination with the lives of celebrities of the past goes unaltered and it is rare we ever feel satisfied with the knowledge we possess about our favourite historical figures. A.S. Byatt explores this fascination in her 1990 novel Possession, which follows two modern-day academics as they attempt to cover the hidden love lives of two fictional Victorian poets. In 2002, the novel was made into a film starring multiple Austen adaptation alumni: Gwyneth Paltrow and Jeremy Northam (of Emma fame) and Jennifer Ehle and Tom Hollander (an Elizabeth Bennet and a Mr. Collins). 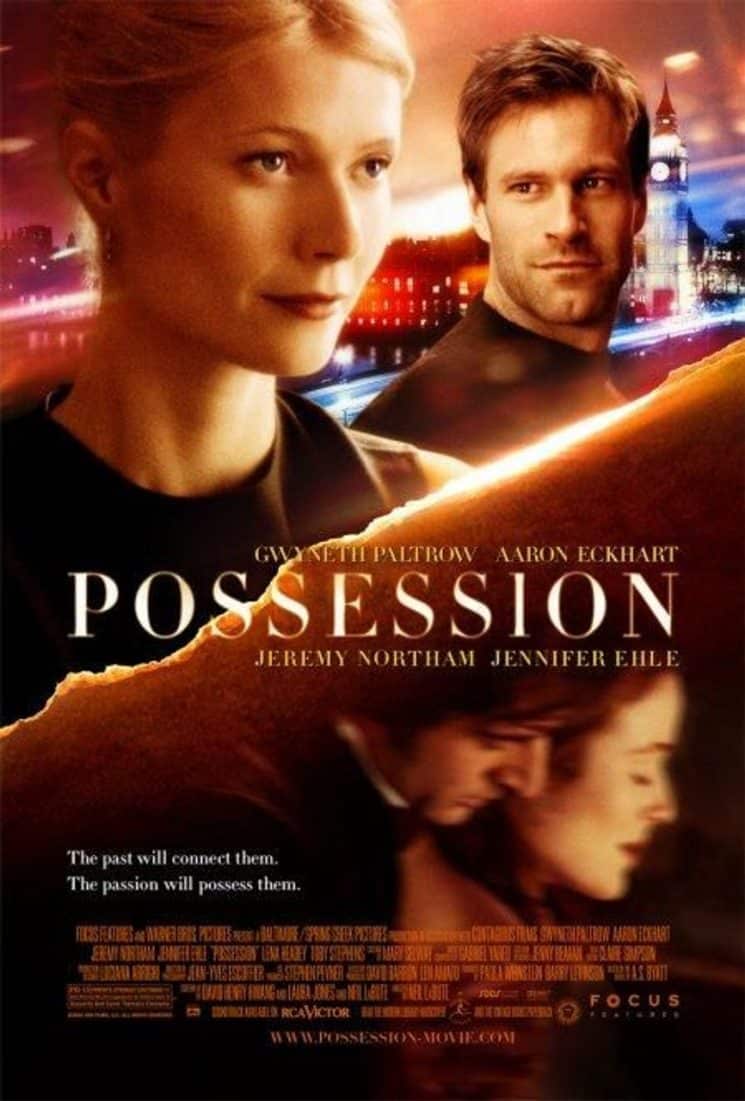 2002 poster from the film ‘Possession’

Much like today, Georgian society was engrossed in celebrity culture, which perhaps helped distract from the constant dread of a troubled period or brightened the mundane repetitiveness of genteel life. This behaviour is still as persistent (and problematic) today as it was in the 18th century.

Next week we will be examining the ways in which women of the eighteenth century began to assert themselves in the literary marketplace, and the extraordinary things they wrote. Join us as we explore the witty women who paved the way for Jane Austen and all that followed her!