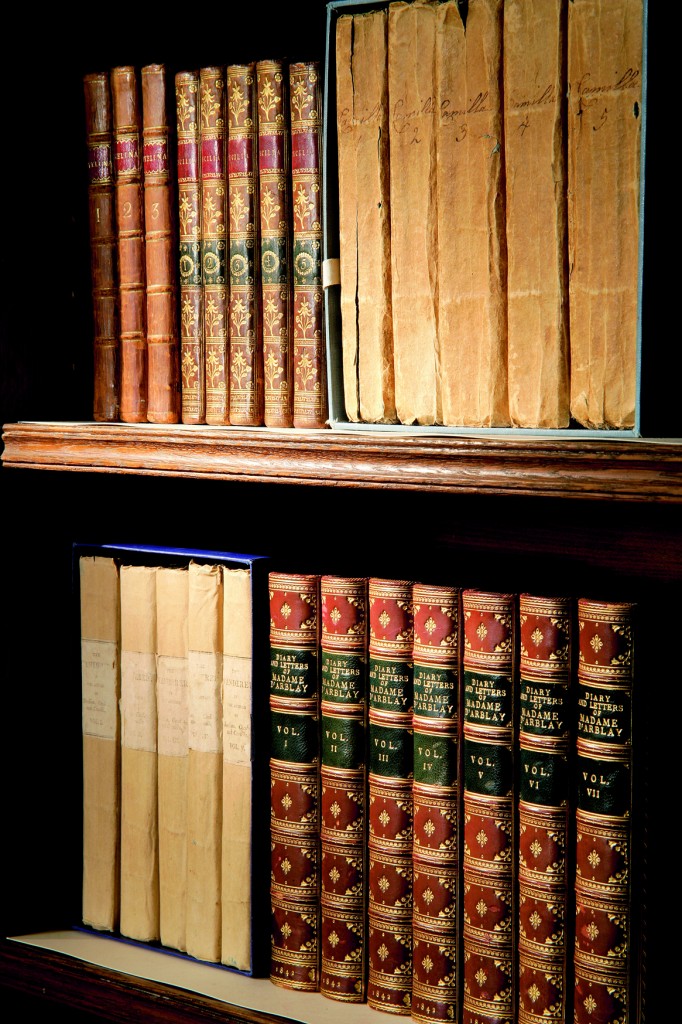 During the last few decades of the 18th century, Europe was in a state of violent upheaval, with revolutionary wars overseas and an unstable monarchy at home causing waves of distress through Britain. Attitudes towards the hierarchal systems of society began to shift and increasing numbers of women writers seized the opportunity to advocate for change, particularly to the education system for women, using their work to project female voices and promote female independence.

This week’s star bench, donated to Chawton House as part of the North American Friends of Chawton House Share A Bench with Jane campaign, is located on the Lower Library Terrace and features a quote from Anne Finch, the Countess of Winchilsea:

“Alas! A woman that attempts the pen

Such an intruder on the rights of men.”

Finch’s writing was vibrant, bitter and unrestrained. Her style is unique, with consistent political, religious and philosophical undertones mixed with very personal and individual thoughts and emotions. Her political and religious stances were motivated by her and her husband’s public refusals to swear allegiance to the Protestant rule of William and Mary, and some of the juxtapositions of her work were born out of her difficult position as both a lady of the court and a political poet, a hindrance she lamented and referenced throughout her career. After her death she was, and is still, praised for her unapologetic portrayal of mental health, with her poem The Spleen (1709) describing depression with a voice that is distinctly female and resonates with the shared female experiences of degradation and oppression. 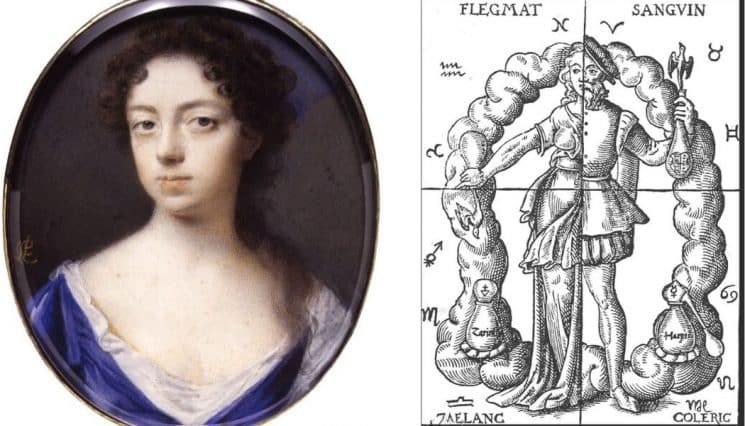 Left: Anne Finch, Countess of Winchilsea. Right: Finch used 17th century models of mental health throughout her poetry. Above is a medieval diagram of the humoral theory which links melancholic temperament to the spleen.

“We may make our future by the best use of the present. There is no moment like the present.”

Another author who strove to improve women’s lot by encouraging them to engage with social and political issues was was Irish writer Maria Edgeworth. Throughout her career Edgeworth supported the education of young girls and expressed the importance of co-education amongst the sexes to improve women’s engagement with the world of politics. Her views are summed up perfectly in this passage spoken by Lady Davenant in her novel Helen (1834):

“Women are now so highly cultivated, and political subjects are at present of so much importance, of such high interest, to all human creatures who live as it now is, without forming any opinion on points of public importance. You cannot, I conceive, satisfy yourself with the common namby-pamby little missy phrase, ‘ladies have nothing to do with politics.”

Although the character who speaks these lines is quick to assert that women should only deploy influence in domestic spaces, as opposed to public ones.

Edgeworth’s writing encouraged women to think self-sufficiently and to act according to their own convictions, as opposed to hiding behind the curtain of male dominance. For this, and much more, she became one of the most celebrated writers of her time and her 1801 novel Belinda is described in Northanger Abbey as a “work in which the greatest powers of the mind are displayed.” 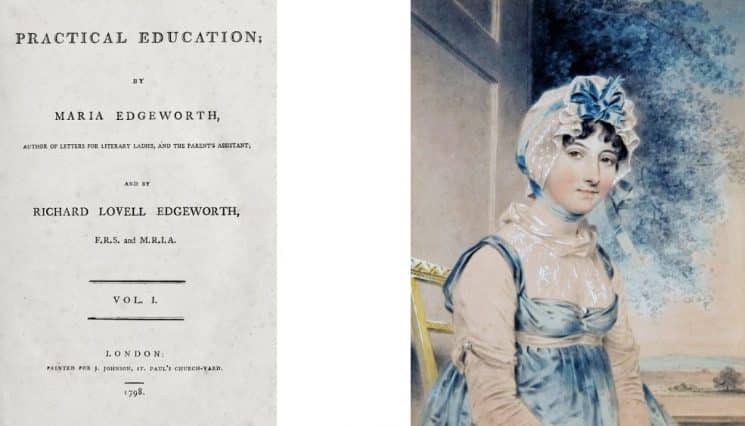 Left: first edition title page to Practical Education (1798) which proposed many practices still used in schools today, including safe chemistry experiments and the use of visual aids to commit fact to memory. Right: Maria Edgeworth by John Downman (1807)

“I know nothing so God-like in human Nature as this Disposition to do Good to our Fellow-creature.”

In honour of Andy

It is arguable that this shared desire amongst female writers to look at the woman as an individual was a reaction to the rising popularity of conduct novels, or novels written by men to instruct young women how to behave in accordance with the desires of their male relations and patriarchal society more broadly. Novels like Richardson’s Pamela, or; virtue rewarded (1740) reward their heroines for good morals, passiveness and silence in the face of harassment and abuse. Literary representations of abuse were rendered relatively safe in comparison to the real harassment of women put in similar situations; innocent women are protected from rakish men simply by displays of chastity, which subdue would-be attackers.

Anxieties about the connections between beauty and chastity are found in literature as far back as Chaucer, whose tale ‘The Wife of Bath’ sees a knight forced to choose between an ugly but faithful wife, and a beautiful maiden with no guarantee of her character. A subplot in another of the Canterbury Tales, ‘The Squire’s Tale’, meditates on falsity and deceit when a female character console a falcon, whose love has abandoned her. 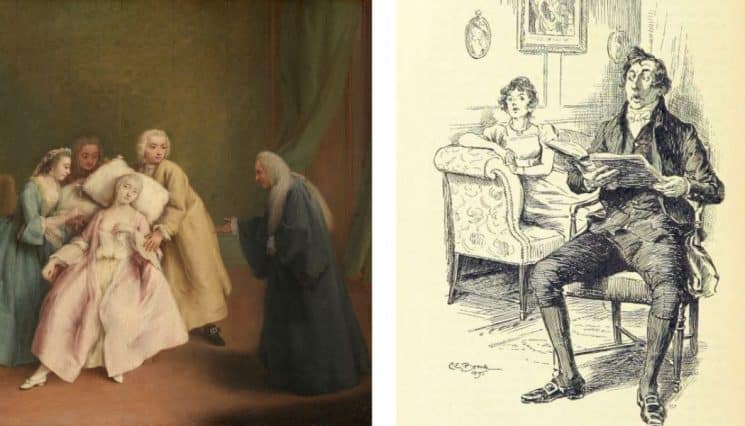 Left: ‘The Faint’ by Pietro Longhi, depicting a woman fainting. In Samuel Richardson’s novel Pamela, the heroine faints from terror when pursued by her employer. Right: Mr Collins from Pride & Prejudice attempts to read a conduct novel to the Bennet sisters who prove too free-willed to sit and listen to instruction. He comments “how little young ladies are interested by books of a serious stamp, though written solely for their benefit. It amazes me, I confess;—for certainly, there can be nothing so advantageous to them as instruction.”

“She was ful mesurable, as women be.”

A more realistic portrayal of female experience can be seen in the novels of Frances Burney, whose work primarily satirises the social pretensions and personal shortcomings of some of its characters, focusing on the politics of female identity and – like Austen – particularly the marriage market. Her novel Evelina (1778), for example, provides a more sympathetic view of a vulnerable young women navigating her way through a hostile society, albeit capitalising on some of the more comedic moments. Towards the end of her writing career Burney also started to examine the politics of revolutionary France, and the ways in which foreigners and particularly foreign women were treated by the British public. Her novel The Wanderer or; female difficulties (1814) follows an enigmatic woman who flees the Terror in France, and refuses, initially, to state her nationality or name. As a result, her identity becomes removed from social rank and she exists independent from pre-conceived ideas of class and national identity, although the novel goes on to chart her difficulties in providing for herself in a dog-eat-dog world where she is consistently exploited. 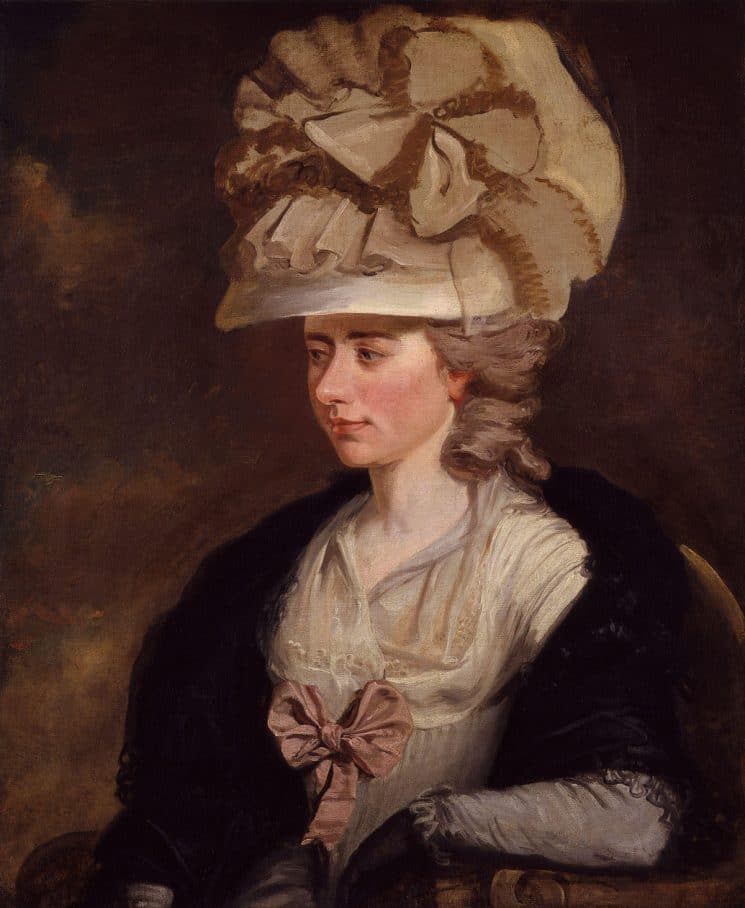 “But how cool, how quiet is true courage!”

Whilst in France, Burney became well acquainted with Germaine de Staël, a leading political and literary figure in Europe. Staël was passionate about equality and social justice, and publicly denounced the tyrannical war efforts of Napolean’s party, a decision that saw her exiled from France for almost a decade. The French Revolution has left us today with images perhaps more tied to female than male violence, conjuring scenes of Marie Antoinette watching peasants starve from a golden carriage or of Charlotte Corday standing over a bloody bathtub, knife in hand. 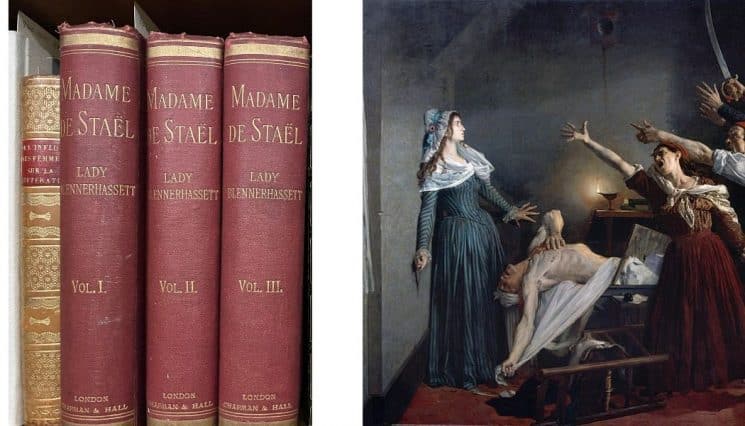 “Genius has no sex.”

The 18th century was an era of constant change. Female writers were consistently utilising their pens to ensure that women of the period had opportunities to think and speak their own minds. This movement established the ongoing feminist work towards equality, despite the patriarchal society that still, however improved, grips our world.

Next week will be looking at the role of the library in the 18th century, and how reading as a past time was utilised and treated by different people in Georgian society.