This post will be the last celebrating the Share a Bench with Jane campaign, supported by our wonderful friends at NAFCH. We are honoured to have these benches dotted around our beautiful grounds, and they are a steadfast reminder of the wonderful writers in our collections and our supporters overseas.

This week is dedicated to our final five benches, all marked with quotes relating to the beauty and value of nature, thus we will be looking at the Romantic poets and their influence over the political and religious debates of the eighteenth century.

“The earth is the nothing else but a museum of the all-wise creator’s masterpieces.”

In loving memory of George Bartzokis

The Romantic Era was an artistic, literary and intellectual movement that swept through Europe at the end of the eighteenth century. This movement was characterised by its emphasis on emotion and the individual, but it also focused on the idealisation of nature, evincing some suspicion of new Enlightenment advancements in science and industrialisation and an interest in the past. The importance that the Romantics placed on emotion is summed up brilliantly by the German painter Casper David Friedrich (1774-1840) when he said “the artist’s feeling is his law”. For the Romantic poet William Wordsworth (1770-1850), poetry should begin as “the spontaneous overflow of powerful feelings”, which the poet then “recollects in tranquillity”, and can mould into poetry. 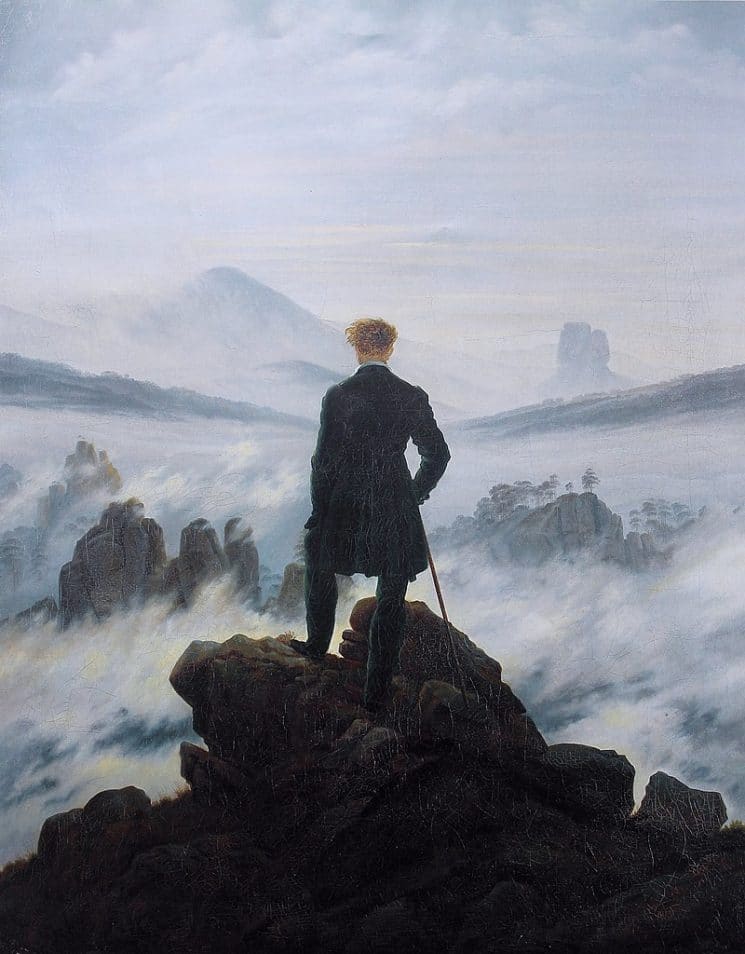 Casper David Friedrich’s Wanderer above the Sea of Fog (1818)

“Come forth into the light of things.

Let nature be your teacher.”

Wordsworth, along with other Romantic poets of the day, was heavily inspired by the natural world around him. The sublime landscape of his Lake District home helped bridge the gap between nature and religious faith, and communing with nature became a deeply spiritual experience. Wordsworth is sometimes credited, alongside Samuel Taylor Coleridge, as being the origin of the Romantic Era in England, with the publication of their joint poetry collection Lyrical Ballads (1798). This volume was significant as it was poetry written in what was considered to be ‘common’ language – supposed to be more authentic and genuine that the more formal poetic styles that came before – and it idealised the position of the rural poor. 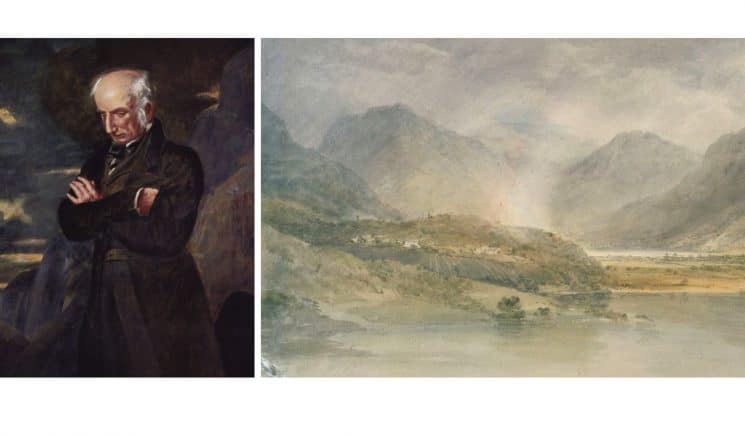 And every creature here.”

Despite often being cited as the first Romantics, both Wordsworth and Coleridge were heavily inspired by the works of many women writers, including Charlotte Smith (1749-1806), whose Elegiac Sonnets (1784) regenerated the sonnet form, but were also deeply reliant on expressions of emotion, particularly melancholy, and on engagement with the natural world. Smith in turn took influence from earlier poets such as William Cowper (1731-1800). Throughout his life, Cowper struggled with his mental health and his relationship with God, and his poetry seems always to balance on the edge of faith and fear, aligning a cruel and merciless God with extreme weather and landscape, whilst also seeing a benevolent creator behind beautiful and peaceful landscapes. His work focuses on the relationship between the landscape and sight, and sees the eye connecting soul to nature. Cowper was admired by Jane Austen, and her heroine Fanny Price directly quotes from his poem The Task in response to a conversation about the fashionable landscape improvements that were implemented across England in the eighteenth century. 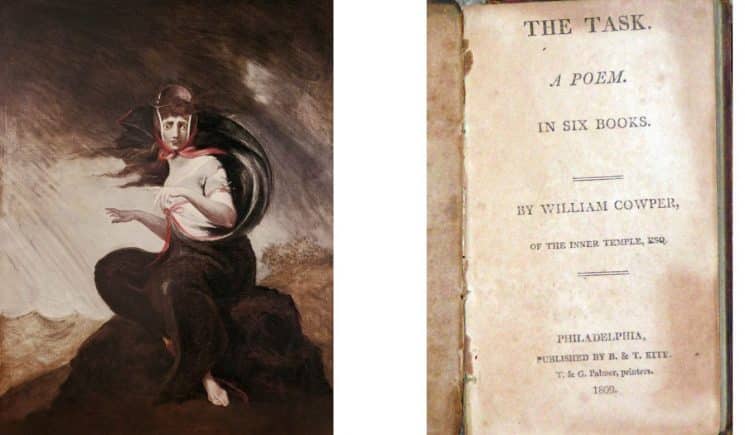 Exhilarate the spirit, and restore

The tone of languid nature.”

The Romantic movement grew in opposition to some Enlightenment values, such as rationalism, which was seen as unfeeling. Some writers bridge the gap though, particularly in Gothic literature. Ann Radcliffe pioneered the Gothic genre with novels such as The Romance of the Forest (1791) and Mysteries of Udolpho (1794). These novels enjoy the terror and irrationality of a Gothic world of eerie forests and crumbling abbeys, and suggest the presence of the supernatural, only to then reveal there to be very rational explanations for these occurences. Jane Austen used this ‘explained supernatural’ model to great effect in her Gothic parody novel Northanger Abbey (1818), and the overactive imagination of her heroine Catherine Morland, who has read too many Gothic novels, becomes comedic – where she expects to find manuscripts and skeletons, she finds laundry lists and receipts. 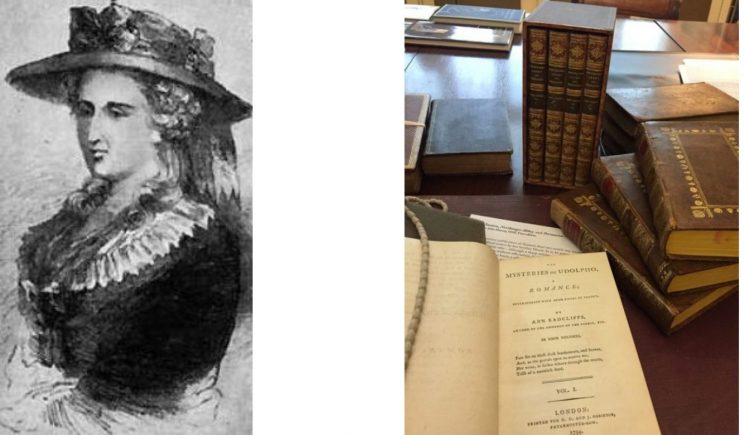 “A well-informed mind is the best security against the contagion of folly and vice.”

Ann Radcliffe, The Mysteries of Udolpho (1794)

Thank you for reading and getting to know the inspiration behind the new benches at Chawton House. We hope you get a chance to come along and enjoy the benches for yourself and soak up the stunning views and natural beauty we have on offer here at Chawton House.