“When I go out I shall be as much looked on as if a native of the aerial regions had come down to pay an earthly visit.” 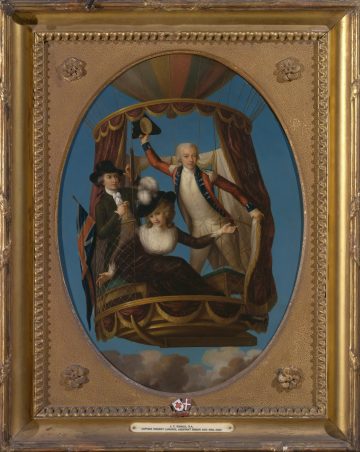 In the late eighteenth century, balloon mania raged across Europe with the first balloon taking flight in France in 1783. Huge crowds gathered to watch ascents, and balloon-inspired art, fashion and entertainment fed the public’s appetite for ballooning. Women were part of the vanguard of this craze, fashioning their hair into the shape of a balloon or sporting hats and skirts that did the same. However, women were not just enthusiastic bystanders: they also pioneered balloon flight. In 1784, Frenchwoman Élisabeth Thible became the first of her sex to ascend in an untethered balloon.

On 29 June 1785, Letitia Ann Sage claimed the title of the first Englishwoman to fly, ascending into the London sky. Sage’s fame as a West End actress made her ideal for the theatrical nature of a debut flight. The aeronaut in charge of the flight was the Italian Lunardi, who had made the first balloon ascent from English soil the previous September. Lunardi and Sage made a famous pair and were sure to draw in huge crowds.

Lunardi and Sage’s first attempt to fly on 13 May was a failure; the balloon would not inflate and the passengers were too heavy. In her memoir Sage makes reference to: “two hundred pounds of human weight”, an apparent euphemism, as this was what she alone weighed. The press mocked the effort, putting it down to Sage’s last minute fears. Furious at this insinuation, she wrote: “I was piqued that I should be suspected of a weakness, which is not in any degree a trait in my character.”

On the day of the second attempt, it appeared the balloon would not take off due to weight again. Lunardi stepped out, leaving his benefactor, George Biggin, and Sage in the basket: two people who had never flown in a balloon before. They successfully took to the air and the audience went wild. Letitia Sage secured her fame as the first Englishwoman to fly.

Unfortunately for Sage’s reputation, the bawdy Georgian crowd below suspected her of being the first woman to enter the ‘mile high club’. According to Sage, during the ascent it was necessary to go on her knees to tie the basket’s lacing. Biggin placed his hands on her shoulders to steady her. A young, handsome man and a woman (an actress no less), viewed in this position and unchaperoned in the clouds created a scandalous story that endured for two centuries. Nevertheless, Letitia Sage’s written account of her time in the sky remains the fullest and earliest account from a lady aeronaut. 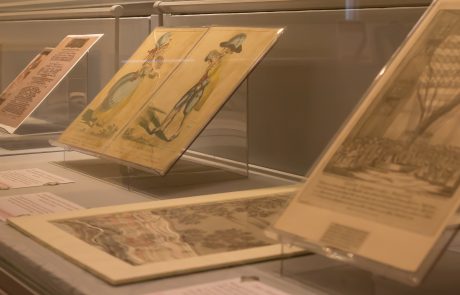 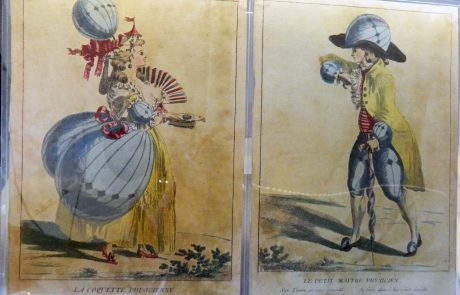 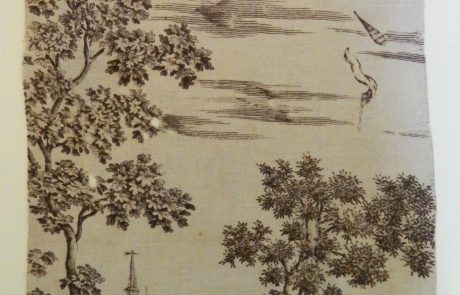 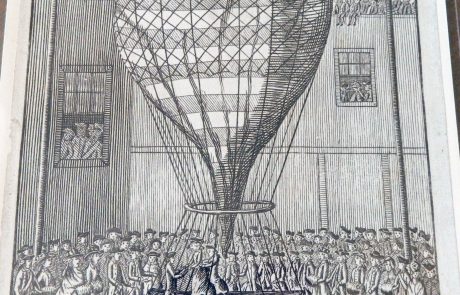 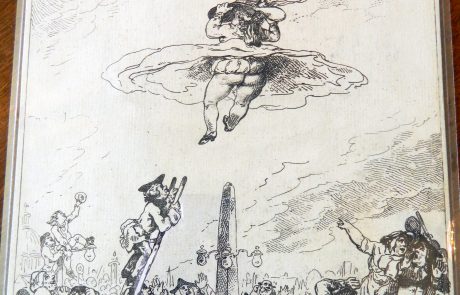 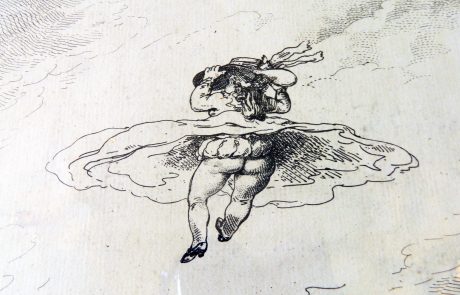