“We did not like to declare ourselves women, because … we had a vague impression that authoresses were liable to be looked on with prejudice.”

The Brontë Sisters by
Branwell Brontë

If women wished to keep their personal lives away from public speculation, they might adopt a nom de plume, or pen name. This was the case for the Brontës, who published as Currer, Ellis and Acton Bell. These names were purposely androgynous so that their books would be judged on the merit of their writing alone. However, as contemporary reviews of their works show, critics would speculate on the identity of “the Bells”.

One reviewer of Jane Eyre wrote: “if we ascribe the book to a woman at all, we have no alternative but to ascribe it to one who has, for some sufficient reason, long forfeited the society of her own sex.” Having their works called coarse and vulgar must have been galling, given many of the scenes were drawn from life. Indeed, the experiences of the young Jane Eyre at Lowood institution was based on Charlotte’s time at Cowan Bridge, where the school’s poor conditions hastened the deaths of her two older sisters, Maria and Elizabeth.

Even as children, the Brontës were avid writers, encouraged by their father, the Reverend Patrick Brontë, to read books normally excluded from young ladies’ reading lists, such as the unabridged and uncensored texts of Byron and Shakespeare. Along with their brother Branwell, they created imaginative worlds and experimented with different forms of writing. What was unique about the Brontë sisters however, was that they carried their childhood inventions into adulthood, discussing their imaginary worlds and creating characters with each other. Writing had always been a communal activity for them.

The Brontë sisters kept the secret of their authorship between the three of them. By adopting pseudonyms they were able to bring the same passion and confidence to their published novels as they did to their childhood writings. However, after the deaths of Emily and Anne, Charlotte allowed her publishers and friends to learn her true identity and was fêted as a celebrity in literary circles. These three shy, timid women wrote brave, challenging books and Charlotte Brontë in particular received her wish to be forever known. 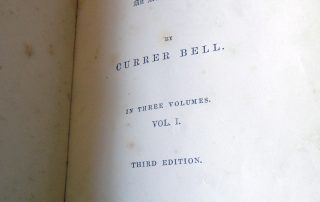 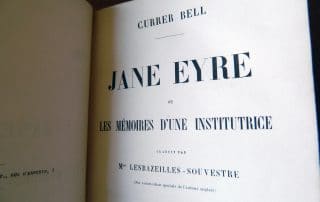 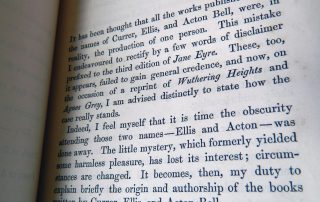 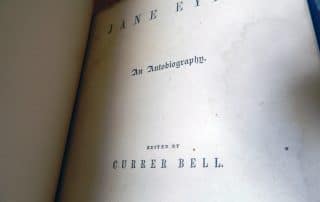