“They met, they fought, and Lord Richmore’s sword happened to stick in one of her gloves, she took the advantage and ran him through the body.”

The History of Miss Betsey Warwick,
The Female Rambler, 1800 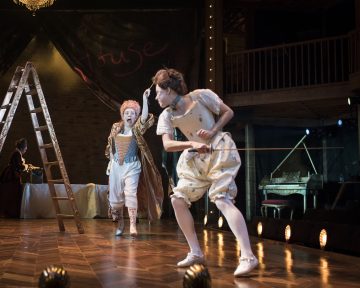 In the eighteenth century, duelling was an arrangement generally practised between gentlemen to settle a private quarrel. The rules, time and place were agreed upon in order to resolve a question of honour. Whilst it was exceptionally rare for women to settle their differences by a duel, it did happen. The ‘Petticoat Duel’ in 1792 was fought between Lady Almeria Braddock and Mrs. Elphinstone.

There were duelling women in literature, such as in Maria Edgeworth’s novel Belinda (1801). Dazzling socialite Lady Delacour is cajoled into a duel by her corrupting friend Harriot Freke. Freke delights in chaos and ‘frolics’ and has “no conscience, so she was always at ease; and never more so than in male attire.” Lady Delacour’s cross-dressed duel sees her injured in the breast when her pistol misfires, a suitably symbolic punishment for her ‘manly’ behaviour. Although Freke is cast as the main antogonist in Belinda, her merry enjoyment of her various cross-dressing adventures makes for a far more interesting character than the eponymous heroine. 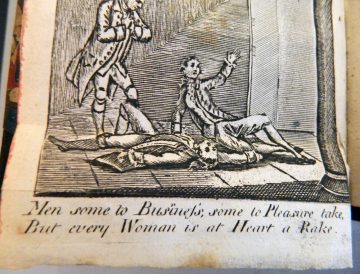 Betsey Warwick seen in men’s attire above the couplet: “Men some to Business some to Pleasure take,
But every Woman is at Heart a Rake.”

Whilst the cross-dressing Harriot Freke is an agent of mischief in Belinda, Betsey Warwick – the heroine of The Female Rambler – uses male clothing to her advantage. Placed in a convent against her will, Betsey escapes in “a gentleman’s dress”, smuggled in by her lover’s valet. To avoid detection from the pursuing nuns, Bestey continues to wear male clothes. When out on her rambles in the countryside she challenges Lord Richmore – who she believes has killed her lover – to a duel. Thinking Betsey is a man, Lord Richmore accepts the challenge and she kills him. Later, Betsey, in her guise as Mr. Johnson, is attacked by a mercenary but she fights him off with a pistol. Whenever Betsey adopts a male disguise, she is always described as ‘he’: “he passed his time very agreeably in walking, hunting and fishing”. 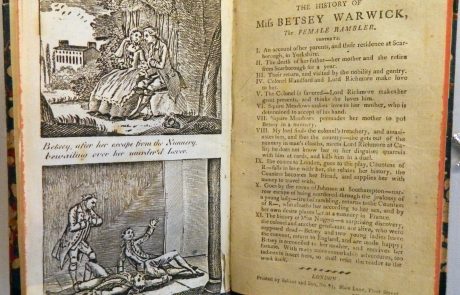 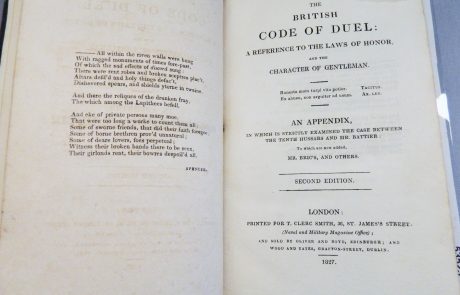 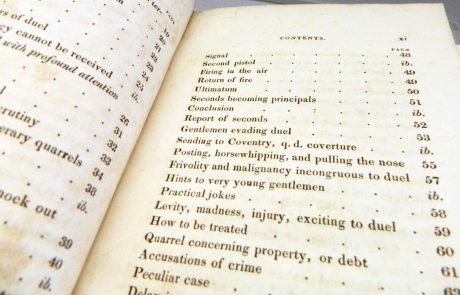 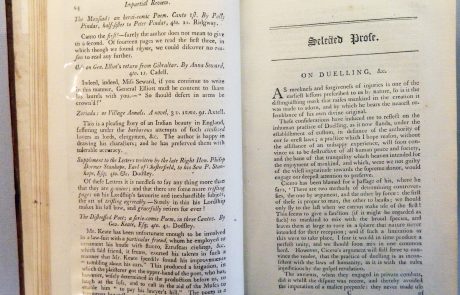 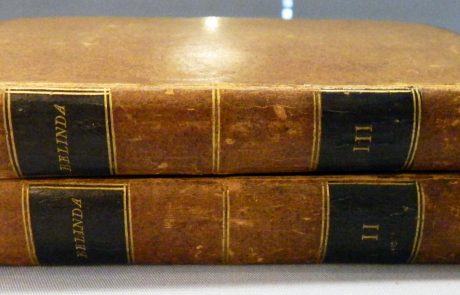 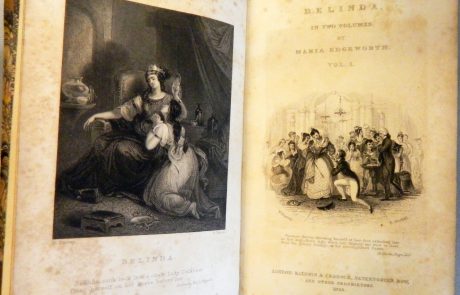