“Adieu, thou excellent woman! Thou reverse of that hyæna in petticoats, Mrs. Wollstonecraft, who to this day discharges her ink and gall on Maria Antoinette.” 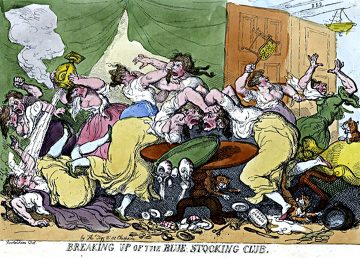 ‘Breaking Up of the Blue Stocking Club’. A print by Thomas Rowlandson satirising educated women in 1815

Why might a woman conceal her gender when writing? Consider the above quotation, in which Horace Walpole, noted man of letters, criticises Mary Wollstonecraft. In his letter to Hannah More (author and Bluestocking member) Walpole praises her as an “excellent woman”, the total opposite of Wollstonecraft, who he considers has betrayed her sex. By mentioning “petticoats”, Walpole is making a direct attack on Wollstonecraft as a woman and her lack of feminine sympathy for the French Queen, Marie Antoinette.

Mary Wollstonecraft (1759-97) railed against all forms of patriarchal power. Being a vocal woman who called for political reform made her the subject of constant controversy. She wrote her first polemical work, A Vindication of the Rights of Men, in 1790 in response to Edmund Burke’s conservative Reflections on the Revolution in France. It was published anonymously on 29 November 1790, and three weeks later, on 18 December, a second edition, with her name printed on the title page, was issued. In 1793, she wrote her now famous Vindication of the Rights of Woman in her own name.

Wollstonecraft argued that a woman’s “virtue is built on mutable prejudices”. Her supposed lack of virtue – namely, having a child out of wedlock with the American adventurer Gilbert Imlay – meant that for a long time Wollstonecraft’s life was read more closely than her work. After her death, Wollstonecraft’s husband William Godwin published a memoir of her life, detailing their premarital relationship, her love affairs and suicide attempts. Though written with good intentions the scandal this created meant that Wollstonecraft’s literary legacy was nearly buried, until her reincarnation in the 1970s as the mother of feminism.

Written “By a Lady”

Jane Austen herself did not publish under her own name, but deliberately chose to make her sex explicit by choosing “A Lady” as her nom de plume. By doing so, Austen acknowledged that she was entering a sphere felt not to be “the business of a woman’s life” and was perhaps reclaiming writing as a feminine activity. 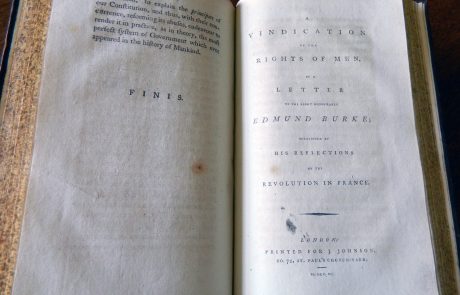 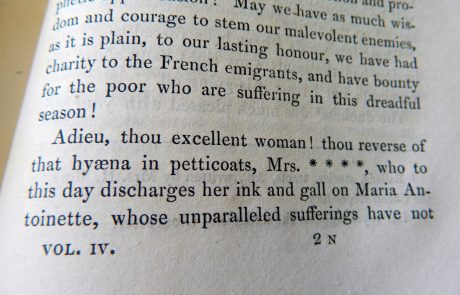 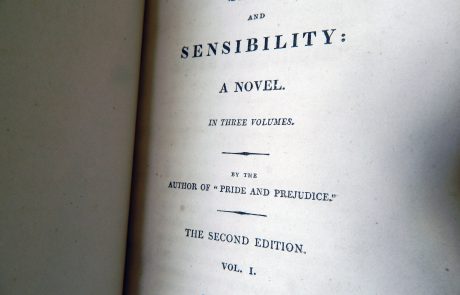