“The remarkable Actions and Adventures of the two Female Pyrates Mary Read and Anne Bonny.”

A General History of the Pyrates, 1724 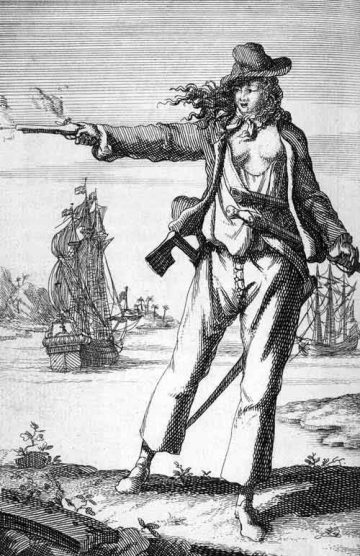 Pirates have occupied the popular imagination for hundreds of years, as evidenced by the runaway publication success of Charles Johnson’s A General History of the Robberies and Murders of the most notorious Pyrates in 1724. This seminal work served to shape the mythical status of pirates, telling stories of swashbuckling desperados and rebellious outcasts.

But what of women pirates? Though few in number and little recorded, they did exist. In myth-making, women pirates are social outrages, disrupting feminine expectations by lusting for danger and creating their own liberty on the high seas.

The most famous women pirates were Anne Bonny and Mary Read, real historical figures who operated in the Caribbean around 1720. Popular accounts say that Read masqueraded as a man in order to get a job at sea, whilst Bonny joined a pirate crew to escape her abusive husband and join her lover, Captain ‘Calico’ Jack Rackham, on board his ship.

Dorothy Thomas was called as a witness to Read and Bonny’s trial in 1720, where the two women stood accused of having committed “Piracies, Felonies, and Robberies … on the High Seas”. Thomas stated: “… that each of them had a Machet and Pistol in their Hands and cursed and Swore at the Men, to murder.” Thomas added: “… that the Reason of her knowing and believing them to be Women then was, by the largeness of their Breasts.” Though found guilty, their executions were stayed because both claimed they were quick with child. Read died of a fever in jail. It is unknown what became of Bonny.

What did they wear?

For practical reasons, women would have worn breeches on board ship, whether masquerading as men or not. Wearing the equivalent of trousers allowed women pirates the freedom to climb, work with ropes, and go up and down ladders. It was easier to afford, launder, patch or replace breeches than boned bodices and several layers of skirts. 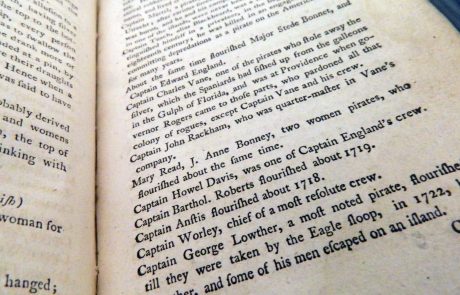 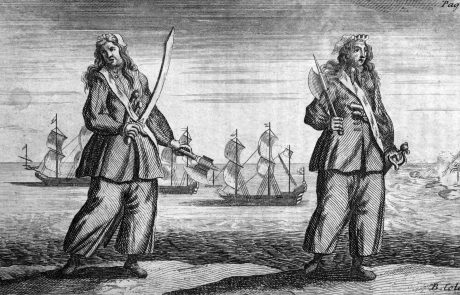