Orlando: British women’s writing in the British Isles from the beginnings to the present

Women Writers Networks
Information about the literary production of European women, and the ways in which contemporaries and literary critics of both sexes responded to these women’s writings.

Celebration of Women Writers
A large collection of links to information on women writers.

South Coast Eighteenth-Century and Romantic Research Group
SCERRG was founded in 2009 to promote academic research into all aspects of the long eighteenth century.

British Society for Eighteenth-Century Studies
The Society for promotes the study of all aspects of eighteenth-century cultural history.

Vaughan Williams Memorial Library Collection
The English Folk Dance and Song Society, with support from Islington Folk Club, have put a selection of 18th and 19th-century dance books online, with the appropriate music.

American Society for Eighteenth-Century Studies
An interdisciplinary group dedicated to the advancement of scholarship in all aspects of the period.

International Society for Eighteenth-Century Studies
The Society promotes the growth, development and coordination of studies and research relating to the eighteenth century in all aspects of its cultural heritage.

Resources for Eighteenth-Century Research
A guide to eighteenth-century research resources, published by Dr. Stephen Bending at the University of Southampton.

Eighteenth-Century Resources
A guide to online resources on the long eighteenth century, produced by Prof. Jack Lynch of Rutgers University.

Centre for Editorial & Intertextual Research
Founded in 1997 by Prof. Peter Garside at Cardiff University’s School of English, Communication and Philosophy, the aim of the Centre is to address various aspects of textual and bibliographic research in English literary studies.

British Fiction 1800-1829: a database of production, circulation & reception
A project from the Centre for Editorial & Intertextual Research, this database allows users to examine bibliographical records of 2,272 works of fiction written by approximately 900 authors, along with a large number of contemporary materials.

Cambridge Project for the Book Trust
The Trust is committed to expand and develop both bibliographical scholarship and public interest in the history of the book.

Society for the History of Authorship, Reading & Publishing
The Society was created in 1991 to provide a global network for book historians.

Austen Music Collections
Transcripts of more than 30 manuscripts from the Austen music collections held in Chawton and Winchester, along with explanatory notes and programs from the various performances, complied by Dr Gillian Dooley,Flinders Unversity, Australia.

Jane Austen Society of the United Kingdom
The Society’s aim is to foster the appreciation and study of the life, work, and times of Jane Austen and her family.

Jane Austen’s House Museum
The house where Jane Austen spent the most productive and successful period of her writing career, now a museum about her life and work.

Aphra Behn Europe
Aphra Behn Europe was founded by the distinguished scholar and translator, Professor Bernard Dhuicq, to promote the knowledge and appreciation of Behn’s work in Europe.

The Burney Society
The Society commemorates and honours the life and work of Frances Burney.

Charlotte Smith
A paper by Gillian M.Anderton,University of Sussex, analysing some unpublished letters from Smith to her publishers. 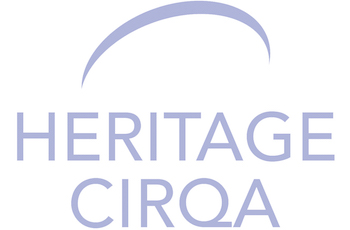 ‘But, Alas! What Poor Woman is ever taught that she should have a higher Design than to get her a Husband?’

— Mary Astell (1666-1731), Some Reflections Upon Marriage (1700)
We use cookies to ensure that we give you the best experience on our website. If you continue to use this site we will assume that you are happy with this.OKMore about cookies
Go to Top