These interactive sessions (1.5-2 hours), which are adaptable to suit different ages and stages, will give students the opportunity to delve a little deeper into an area of Chawton House’s collections or operations. Sessions require minimal preparation, and are run by an experienced member of the Chawton House team. They include a prep sheet (provided in advance where necessary), group activities and discussion, some book handling, and takeaway materials.

Our current options are: 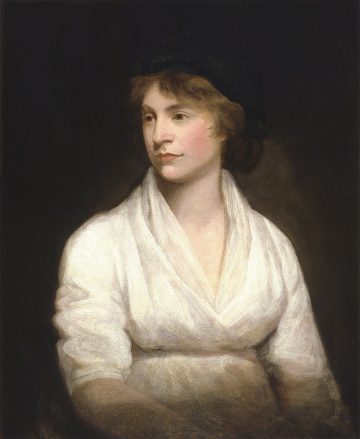 Towards the end of Jane Austen’s final complete novel, Persuasion, the heroine Anne Elliot laments stereotypes of women in fiction, noting ‘Men have had every advantage of us in telling their own story. Education has been theirs in so much higher a degree; the pen has been in their hands.’ The works in Chawton House’s library of women’s writing tell a different story, with many women from the seventeenth to the nineteenth centuries writing to earn livings, to support children, to address the gender inequality they saw in the world, or to shape new types of female heroines. In this workshop, you will meet some of the most famous early feminist writers such as Mary Wollstonecraft alongside their lesser-known contemporaries, exploring the ways that they started some of our most important current debates, from gender difference to education, equal pay to #MeToo.

‘The Art of Freezing the Blood’: Gothic Literature by Women 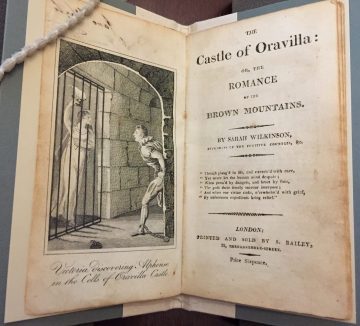 Jane Austen’s 1818 novel Northanger Abbey turns a satirical eye on the Gothic craze that swept Europe, jangling the nerves of its readers. Austen began work on this novel over twenty years before in 1794, when the vogue for Gothic fiction was at its height. That same year, the famed Gothic novelist Ann Radcliffe published The Mysteries of Udolpho. The chilling tale was enjoyed by Austen’s characters in Northanger Abbey, and remained popular decades after it was published. In 1815, it was read by Mary Shelley, just a year before she took part in the ghost-story writing competition that gave us Frankenstein (1818). In this workshop, you will learn about the development of Gothic fiction by eighteenth-century women writers. You will work with the triple-decker novels of Radcliffe, but also the pulp fiction of Gothic bluebooks and magazine serials, read scathing reviews and examine illustrations, to get a sense of the broad array of early Gothic texts that influenced some of our most memorable monsters and villains.

*Students will be expected to have some familiarity with Mary Shelley’s Frankenstein or Jane Austen’s Northanger Abbey. 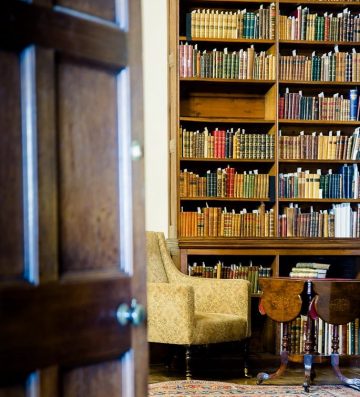 In Pride and Prejudice, Mr Darcy says “I cannot comprehend the neglect of a family library in such days as these.” He is proud of his own library at Pemberley, calling it “the work of many generations.” Jane Austen’s own novels make reference to many other works and genres, from novels written by her contemporaries to Shakespeare, from conduct books explaining how to behave to grisly Gothic novels, from feminist cries for better education to visionary Romantic poetry. In this workshop, you will consider the idea that Austen’s novels themselves can be seen as “the work of many generations”, exploring the literary influences on an Austen novel of your choice. 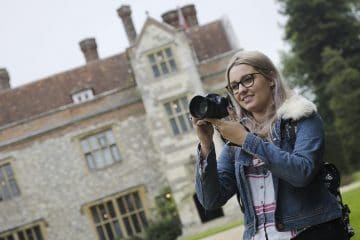 Chawton House is filled with untold stories, from the books and portraits to the furniture and Knight family history. In this workshop, you will work closely with a member of the curatorial team to select an item and tell its story in a fresh way. You will be instructed about writing for different audiences, object care and interpretation, research skills, design and marketing, producing your own piece of heritage history.

*There is scope to develop this workshop into a longer project involving an initial visit to choose an artefact and receive training, followed by individual student research and development, and then a further online consultation for feedback on ideas from a member of the Curatorial team. For more information, please get in touch.

We are currently developing a number of other workshops, including garden-focused workshops for Key Stages 1-2 (From Seed to Flower) and Key Stage 3 (Working with Landscape), which will be available from 2023.

Workshops are available to student groups of 12 or under on the same days as tours and workshops:

We may be able to accomodate larger groups in November and January. Please contact us for details.

Workshops are £150. We are more likely to be able to accommodate larger groups for talks in November and January.

If you would like to book a workshop, please email kim.simpson@chawtonhouse.org