New for 2019, the Jane Austen Garden Trail is a unique walking route around the Chawton grounds, which allows visitors to follow in Jane’s footsteps. Each sign is located at an iconic spot around the gardens with a quotation from Austen’s writings. 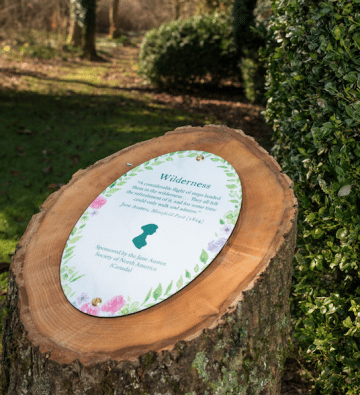 The signs are erected on wooden plinths, made from trees sourced from the Chawton estate. These were prepared and placed around the grounds by Paul and Jeremy Knight, descendants of Edward Austen Knight. 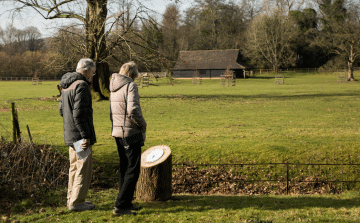 The Jane Austen Garden Trail was a campaign coordinated by NAFCH (North American Friends of Chawton House) in order to raise funds for Chawton House. Donors sponsored one of 20 possible garden spots and chose a Jane Austen quotation to accompany it. Some chose their favourite Austen quotation, whilst others based their choice on what best fit the sign’s location. Many of the sponsors are from various JASNA regions (Jane Austen Society of North America). We are immensely grateful for their support. 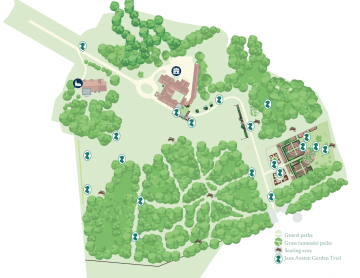 You could spend a whole afternoon just in the gardens.