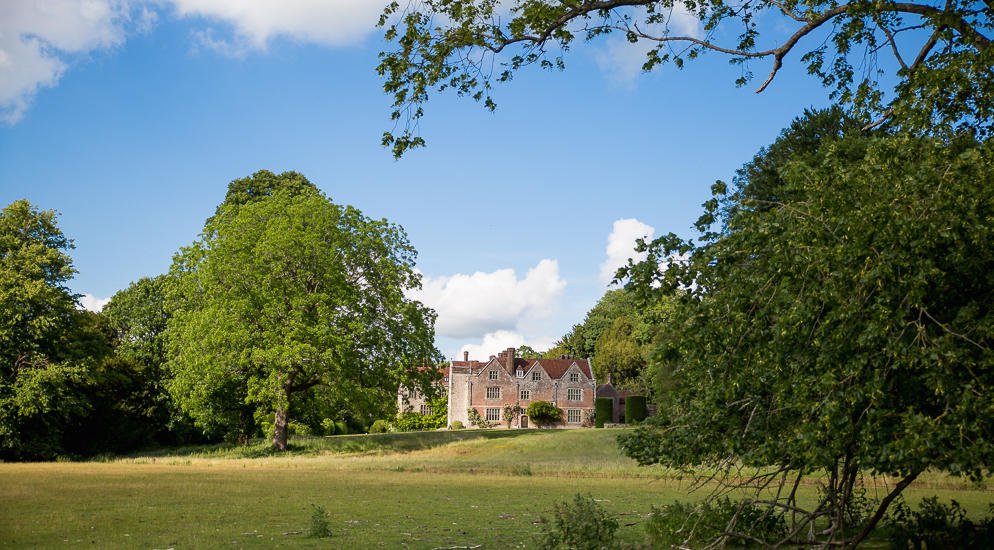 ‘It was a sweet view—sweet to the eye and the mind. English verdure, English culture, English comfort, seen under a sun bright, without being oppressive.’

Download our new Parkland Walks map. (To begin, follow the signs through the car park at the bottom of our driveway and begin your walk just next to our barn).

SUNDAY 19 JULY: PLANT FAIRS ROADSHOW. Please note that due to the plant fair on Sunday 19 July the parkland walks will have a different finish point (the gate to the left of the barn).

Chawton House sits within 275 acres of parkland, almost as rich in history as the House itself.

The parkland consists of fields with ancient and evocative names like Carter’s Lea, Hopkilns, and Knickerknocker, some recorded in documents from when the House was built. These were farmed by tenant farmers, paying rent to the owners of the manor of Chawton. 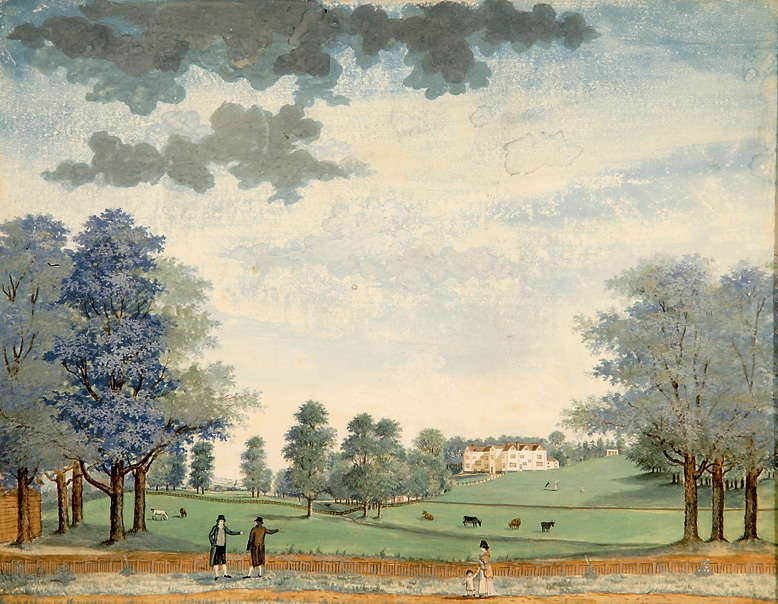 The lower lying fields were never ploughed and served as pasture for sheep and cattle, as depicted in the Callandar painting. Jane Austen, writing to her brother Frank in 1813, commented “..it must have been a good hay-making season. Edward has got in all his in excellent order”. In her time, crops were grown on higher ground in rotation. Records from 1811 show that the fields on southern park land were planted with green wheat.

Edward Austen turned these agricultural fields into parkland after Jane’s death, with clumps of trees artfully planted to improve the English landscape views created by his predecessors in the 18th century. His grandson, Montagu Knight, created a lime tree avenue stretching towards Farringdon, as well as carriage drives around the park.

Immense damage was caused by the storms of 1987 and 1990, and many trees were lost, but for over a decade from 1994, the parklands were steadily restored, as much as possible to their look from the 1820s, with open vistas and carefully chosen and sited plantations.

Around the boundaries of the park are now-private buildings, once part of the living estate, such as the gardener’s cottage, the oast house, the stables, and the manor farm buildings. The barn in Church Meadow, dating to around 1700, is not from Chawton, but was moved here in 2012 from Alton. 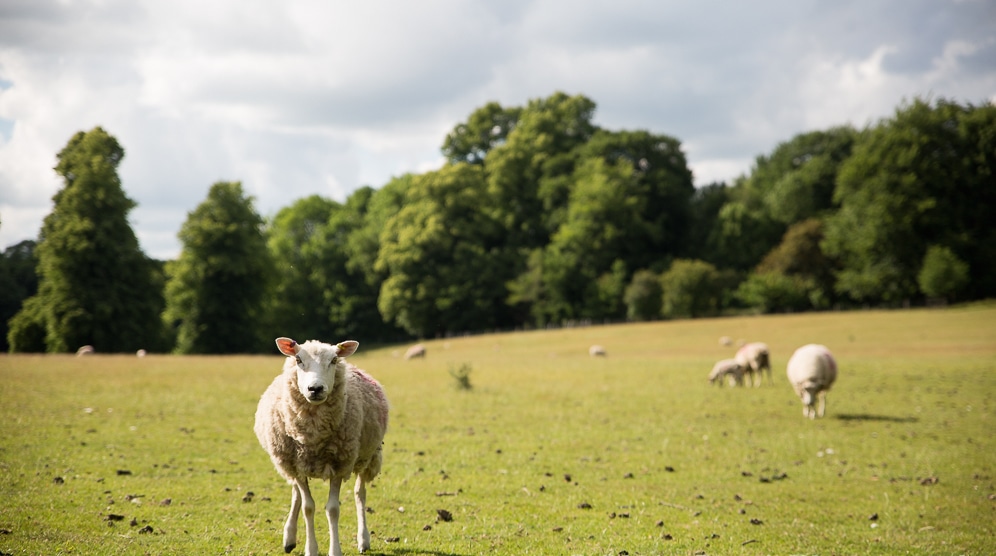 — Sharlie, TripAdvisor, 2019
We use cookies to ensure that we give you the best experience on our website. If you continue to use this site we will assume that you are happy with this.OKMore about cookies
Go to Top