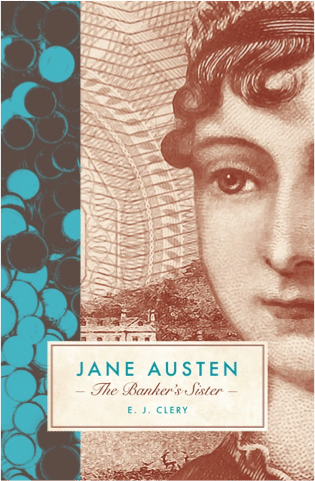 E.J. Clery gives a personal account of the research behind her ground-breaking dual biography of Jane Austen and her favourite brother Henry. When the £10 Austen banknote was announced by the Bank of England in 2013, she set out to reconstruct the story behind the original Austen banknotes, issued by the Austen & Co. network from 1806 to 1816. Henry acted as Jane Austen’s literary agent and backed her novels financially. She stayed with him in London while seeing her books through the press. How much did she know about his career and the scandals, crises and speculations in which he became entangled? Much of the picture had been lost with the destruction of most of her letters. The trail led through the streets of Mayfair and Covent Garden, to examination of Austen ledgers at Hoare’s Bank in Fleet Street and secret documents in her home county. Which Hampshire personalities and places figured in the rise of the banking sector? What was it like to experience bankruptcy in the Regency period? How did neighbours respond to the collapse of Austen, Gray and Vincent in Alton? In what ways did Henry’s banking enterprise leave its mark on her writings?

E.J. Clery is a professor of English at University of Southampton. Her other publications include The Rise of Supernatural Fiction, 1762-1800 (1995), Women’s Gothic from Clara Reeve to Mary Shelley (2000), The Feminization Debate in Eighteenth-Century England (2004) and Eighteen Hundred and Eleven: Poetry, Protest, and Economic Crisis (2017). She broadcasts and lectures on Gothic, Jane Austen and her contemporaries, book history and the cultural history of economics, and lives in Winchester.