Charlotte Brontë: A Bicentennial Celebration of her Life and Works

Home>Events>Charlotte Brontë: A Bicentennial Celebration of her Life and Works
Previous Next

Charlotte Brontë: A Bicentennial Celebration of her Life and Works

2016 marks the 200th anniversary of the birth of Charlotte Brontë, one of England’s most beloved authors. 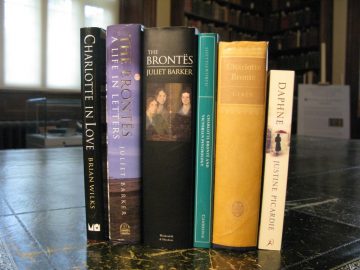 Her writings, which constitute some of the most original and striking literature of the nineteenth century, continue to provoke rigorous academic debate. Brontë’s first published novel, Jane Eyre, written under the pseudonym of Currer Bell, rocked polite society with its portrayal of passion and madness. Yet astonishingly, the author was discovered to be a small, plain and shy clergyman’s daughter. This anomaly has inspired contemporary and subsequent generations to examine both the life and work of the woman described by contemporary writer, Harriet Martineau, as “the frail little creature who had done such wonderful things”.

This bicentennial conference – in the village of Chawton, where another woman writer, Jane Austen, penned her much-loved novels – will celebrate the tremendous impact of Charlotte Brontë’s work. Over the course of this two-day event, we will endeavour to map out new directions for research as she enters her third century.

Keynote lectures will be given by:

Juliet Barker – historian, biographer of The Brontës and previous curator and librarian of The Brontë Parsonage Museum, Haworth.

Justine Picardie – author of Daphne, a novel that explores the profound impact of the Brontës on subsequent generations of writers, and Editor-in-Chief of Harper’s Bazaar and Town and Country.

Sally Shuttleworth – Professor of English Literature at the University of Oxford, author of Charlotte Brontë and Victorian Psychology and The Mind of the Child: Child Development in Literature, Science and Medicine, 1840-1900, which takes Jane Eyre as one of its key texts.