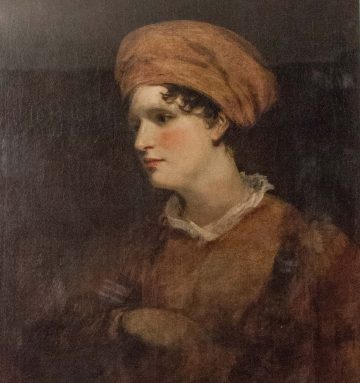 Long thought to be the domain of wealthy men, art criticism and connoisseurship underwent a transformation in the late Georgian period. This one-day conference focuses on women writers as art critics in the late Georgian and early Victorian period. Bringing together leading art historians and literary scholars on women’s writing and art criticism, speakers will draw on travel writing and private letters, on diaries and on novels by major English and French authors. We will explore the role of women writers in the emerging field of art history, their contribution to an evolving language of taste, and the problems of trespassing on once-male territory. Can we find in women’s writing a distinctly female voice that engages with the making and the experience of art?

This conference is held in conjunction with the National Gallery, London—which hosts, on the 10th November 2017, a conference on women as critics of Old Master paintings in the Victorian period—and the Southampton Centre for Eighteenth-Century Studies.

Funding for this conference is provided by Chawton House Library, the Women’s History Network, and the Southampton Centre for Eighteenth-Century Studies.