*Please note that following the passing of HM The Queen, this event was postponed from 10 September, the day of Mary Wollstonecraft’s death, to 1 October.* 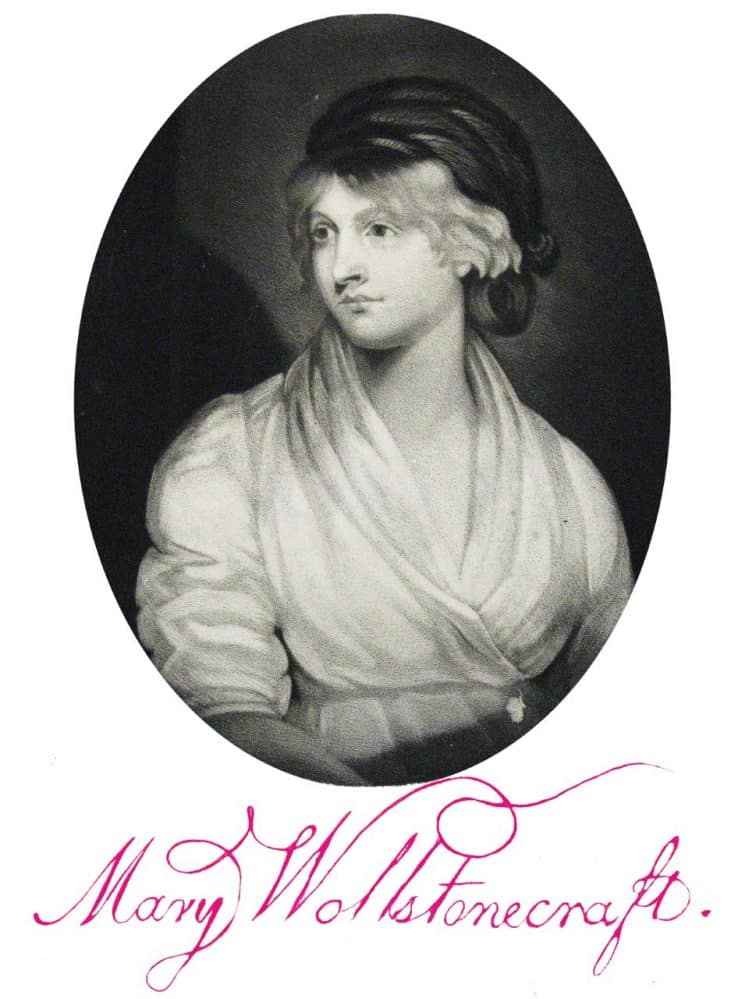 Wollstonecraft is one of the long eighteenth’s century’s most important philosophical thinkers. She is renowned for her Vindication of the Rights of Woman (1792), a radical proto-feminist work that argues passionately for women’s right to education, but her varied oeuvre includes conduct books, political history, children’s literature, travel writing, translation, novels and short stories.

Her eventful life ended in a tragedy that makes clear the confines of the female body and the power of the male pen in Wollstonecraft’s day: she died following the birth of her daughter, Mary (later Shelley, author of Frankenstein), and the overly candid memoir penned by her grieving husband inadvertently ruined her reputation, despite her ideas continuing to influence women writers for centuries to come.

This online event launches our campaign to purchase a first edition of Mary Wollstonecraft’s Posthumous Works. Our speakers will consider different facets of Wollstonecraft’s afterlife, her reputation and her legacy.

Professor Janet Todd is a novelist and internationally renowned scholar, known especially for her biographies of Mary Wollstonecraft, Jane Austen, and Aphra Behn. After working as an academic around the world, Janet now lives in Cambridge.

Samantha Silva is an author and screenwriter based in Idaho. Love and Fury: A Novel of Mary Wollstonecraft is her second novel, and sees Mary Wollstonecraft narrate her life to her midwife and newborn child in the days before her death. Silva graduated from Johns Hopkins University’s School of Advanced International Studies, where she studied in Bologna, Italy and Washington, D.C.

All proceeds from this event go towards the campaign fund.