Home>Events>Manydown: A Staged Reading
Previous Next 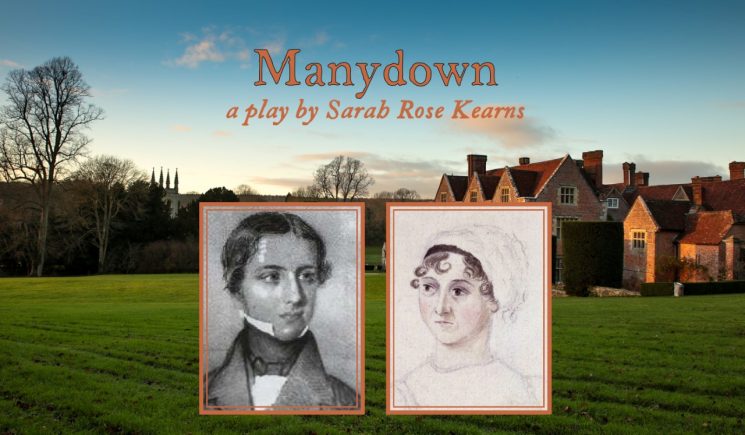 Manydown Manor was well known to Jane Austen and her family. The Austen sisters were friends of the Bigg sisters. One night in December 1802, their brother, Harris Bigg-Wither, proposed to Jane- the only proposal of marriage she is known to have received. Famously, Jane rescinded her acceptance the next morning. What went on during the intervening night hours?

Sarah Rose Kearns’ 30-minute play Manydown imagines the conversation between Jane and Cassandra Austen on the evening of Harris Bigg-Wither’s proposal, which changed the course of Jane’s life, and may have been a turning point in English Literature.

It has been presented at conferences and Austen-related events around the United States, and we are delighted to see it staged for the first time in England in the South Lawn marquee as part of this Chawton House Summer Special.

Doors open at 6pm, with the House and Gardens open to explore.  Pimms and Mocktails will be served from 7pm, with the performance commencing at 7:30pm inside the marquee. Following the performance, there will be a Q&A with Sarah Rose Kearns.

Find Out More About The Cast & Director

Sarah Rose Kearns is a writer, performer, and lifelong Austen enthusiast. She studied acting with Dan Daily, Ragnar Freidank, Austin Pendleton, and many others; and she holds a bachelor’s degree in creative writing from Columbia University. Her stage adaptation of Persuasion debuted off-Broadway in 2021; it will be produced again in Warwick, New York at the end of this summer. Rose was selected as the JASNA International Visitor for 2020 and is finally taking up the month-long Fellowship after two years of postponement due to the pandemic. She serves as a member of the JASNA Committee for Equity, Diversity, and Inclusion.

Sasha Dean is an English actress, trained in musical theatre and straight acting. She earned six distinctions for her Level 3 Performing Arts Extended Diploma and Stage Management course at Queen Mary’s College in July 2020. Prior to this, she has had seven years training at Stagecoach Performing Arts, in addition to taking part in local theatre productions and pantomimes. Sasha has also performed in shows taking place at Her Majesty’s Theatre in London, The Anvil Theatre in Basingstoke, and Disneyland Paris. Her most recent work has included telling ghost stories in live and video performances. Sasha is about to start her degree in Acting and Performance, and hopes to take part in television, film, theatre and more.

Zoe Sines is a British actress, with a strong passion for movement, theatre and acting for film and television. She spent two years studying musical theatre at Queen Mary’s College before moving onto All in Actors drama school in London. Zoe is now working towards her degree and has previously worked in immersive theatre and children’s entertainment as well as working on dramatic reconstructions for documentary television shows including World’s Most Evil Killers.