Marilyn Butler and the War of Ideas

Home>Events>Marilyn Butler and the War of Ideas
Previous Next

Marilyn Butler and the War of Ideas 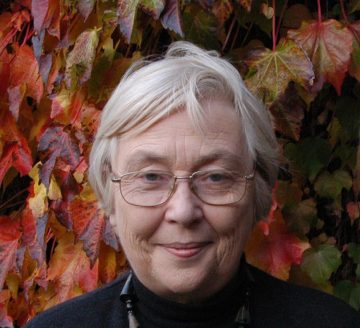 Professor Marilyn Butler (1937-2014), leading scholar of English literature, and latterly Rector of Exeter College, University of Oxford, was the author of paradigm-shifting books and articles, and a patron of Chawton House Library, which will host this conference in her honour. Butler’s research set up new directions in literary criticism of the late eighteenth and early nineteenth centuries, and her editions of women writers enabled subsequent generations of scholars to access these important texts in newly fruitful ways. Marilyn Butler’s important work on Maria Edgeworth – biographical, critical, editorial – seeded new scholarship in the field of Irish romanticism.

In this fortieth anniversary year of the first publication of Butler’s Jane Austen and the War of Ideas (1975), the conference will include papers that both commemorate her scholarship, and move discussion forward in the twenty-first century.

The conference is supported by the British Association for Romantic Studies and Cambridge University Press, and will see the launch of Mapping Mythologies: Countercurrents in Eighteenth-Century British Poetry and Cultural History, a book brought to completion by Heather Glen from a manuscript that Marilyn left in near-complete form, and published by CUP in 2015.

This event is now sold out.