Two hundred and ten years after Charlotte Smith’s death, and nearly a decade after the publication of The Works of Charlotte Smith, Smith scholarship is coming of age. 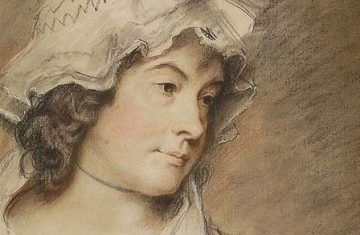 This conference will convene at Chawton House Library to explore the latest research on Smith and her places. What are we learning about her place in the canon, or in the development of various genres? What sort of commentary does her placement of characters in history offer? What attitudes do her works demonstrate about place and the idea of a polis/nation? Where are the places Smith is or might be memorialized? What are the various meanings of the natural place she explores in her fiction, poetry, journalism, and children’s literature? Is there now such a thing as a global Smith?

In addition to panel presentations and discussions, the conference will feature a recorded performance of Smith’s Elegiac Sonnet XCII set to four-part harmony, composed by the current owner of Bignor Park, Smith’s childhood home, Ned Bigham. It will also offer a lecture recital of excerpts from “The Song Cycles of Beachy Head,” American composer Amanda Jacobs’ setting of Beachy Head, performed by London-based mezzo-soprano, Janet Oates, accompanied by pianist Amanda Jacobs, and interspersed with lecture by Smith scholar Elizabeth Dolan.

Because Chawton is not far from some key Smith locales, an optional excursion is planned on Sunday, 16 October to significant places for Smith’s life and work, including Bignor Park, Petworth House, and Stoke-on-Guildford. The conference will also feature a discussion about the founding of a Charlotte Turner Smith Society.

The conference is sponsored by Chawton House Library, with support from BARS, Lehigh University, and Sheffield University.