The War Reporter: Helen Maria Williams and the French Revolution

The War Reporter: Helen Maria Williams and the French Revolution

“While you observe from a distance the great drama that is happening in France, I am a spectator of the representation – I am placed near enough the scene to discern every look and gesture of the actors, and every passion excited in the minds of the audience.” 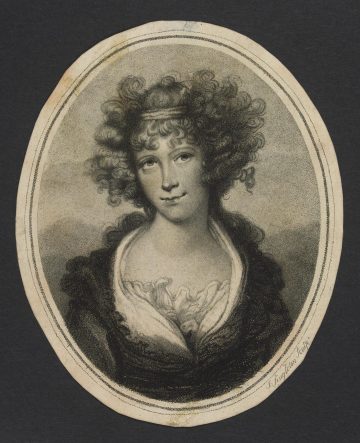 To accompany the exhibition Trailblazers: women travel writers and the exchange of knowledge, our online talks continue with the story of Helen Maria Williams (1759 – 1827), the English writer who made it her life’s work to report on – and advocate for – the unfolding events of the French Revolution. Join Dr. Gillian Dow, Associate Professor of English at the University of Southampton and Bethan McKernan, Jerusalem correspondent for the Guardian newspaper, for a discussion of the realities of reporting as a woman abroad in the 18th century and today.

Helen Maria Williams arrived in Paris in 1790 on the eve of the Fête de la Fédération – the one-year anniversary of the storming of the Bastille. The revolution had not yet descended into its Reign of Terror. King Louis XVI had a role in the ceremony. One year later, massacres occurred on this very site, and three years later, the royal family were executed.

In its early years, the French Revolution captured the hearts and minds of British radicals and Romantics, for its powerful affirmation of the rights of the individual. Readers back in England wanted to go beyond the headlines and know what it felt like to be there. Helen Maria Williams made it her goal to provide this type of vivid, personal account, not limited by a need to be objective, in contrast to our expectations of reportage on conflicts around the world today. Her own opinions and passions are highlighted on every page – she described her love for the French Revolution as “entirely an affair of the heart”. Williams made her home in Paris a hub for the radical thinkers and activists of the day, from army generals to poets and philosophers including Thomas Paine, Mary Wollstonecraft and William Wordsworth.

This talk delves further into the story told in Trailblazers of Helen Maria Williams as a proto-war reporter, before this genre of writing had been codified. Comparing past and present, contemporary journalist Bethan McKernan, who has covered conflict from fighting in the Middle East to the war in Ukraine, will reveal her own experience, allowing for comparisons over the centuries, and offering a fascinating insight into the ethics and realities of war reporting today.

The speakers’ talks will be followed by a Q&A chaired by the Curator of Trailblazers, Emma Yandle, along with questions from the audience.

Gillian Dow is Associate Professor of English at the University of Southampton. She has published on Jane Austen, Anglo-French literary relations and French women’s fiction, and is currently working on several projects related to women translators in France and Britain in the Romantic Period. @gdow12

Bethan McKernan is an award-winning correspondent for the Guardian currently posted in Jerusalem. She has worked in the Middle East since 2016, roaming widely across the region, including coverage of the conflicts in Syria, Iraq and Yemen. She previously lived in Istanbul and Beirut. This year she has also reported from Ukraine. @mck_beth

This is an online event. The cut off to purchase tickets is midnight on the day before the event. Ticket holders will be emailed a Zoom link on the day of the event. If you do not receive joining details by midday (UK time) on the day of the event, please email info@chawtonhouse.org with your order number. The talks (without the Q&A) will be recorded and emailed out to those who cannot join synchronously. Access to working internet is required. Please note this event will take place live. All times are UK GMT.