Home>Events>Concert: Jane Austen in Words and Music
Previous Next

Jane Austen in Words and Music 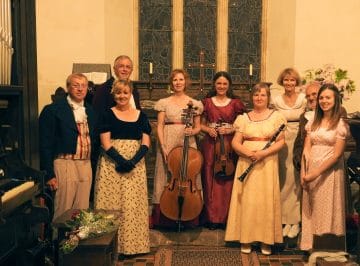 An evening concert including pieces by Joseph Haydn and Ignaz Pleyel, the Jane Austen Suite by Philip Andrews, the Battle of Prague by Frantisek Kotzwara, and readings from Jane Austen’s novels and letters. The music in this concert focuses on composers represented in the Austen family music books, a collection of eighteen books owned by members of the Austen family. Overall, these books contain nearly 600 pieces of music, mainly songs, but also some instrumental music, from both European and British popular composers. Some of the pieces were copied into the books by Jane herself.