**This event is now sold out**
When Jane Austen was born on 16 December 1775, her father noted with delight she would be ‘a present plaything for her sister Cassy and a future companion’. Join us for a diverting and dramatic recital of readings from Jane and Cassandra Austen’s letters, prose and poetry about sisterhood. The programme includes extracts from ‘Persuasion’ and ‘The Beautifull Cassandra’ novels, ‘The Three Sisters’ short story, the poem ‘Miss Austen’, and Cassandra’s letter to their niece following Jane’s death.
The readings will take place at 2pm in the Great Hall and last for approximately 50 mins. Following the performance there will be mulled drinks and mince pies in the Old Kitchen to get everyone into festive cheer. The house will also be open for people to explore and to see the Gothic exhibition after the readings. 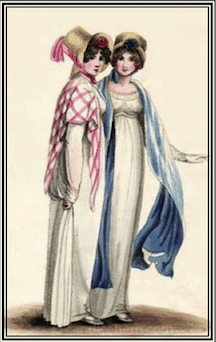 “‘Austen Sisters’ is a delight and needs to be seen … Rowan Suart is mesmerising.”

“An excellent selection of original pieces and extracts, providing a unique illustration of Jane Austen’s life from an early age.”

‘Austen Sisters’ will be performed by Rowan Suart, who is is a professional actress based in Bordon, Hampshire, with a long career in theatre, television and radio, having trained for the stage at Elmhurst Ballet School in Camberley, Surrey. Rowan is a guest Speaker for Hants/Surrey organisations with her various themed literary recitals, and she also writes/produces/performs scripted murder mystery plays for grown-up and children’s parties. She performed her ‘Austen Sisters’ recital at the Farnham Flash Festival last year, and in June 2018 was at Alton’s Jane Austen Regency Week, and the Bath Jane Austen Festival in September.