Tales of Terror! Gothic Stories by the Virtual Fireside

Home>Events>Tales of Terror! Gothic Stories by the Virtual Fireside
Previous Next

Tales of Terror! Gothic Stories by the Virtual Fireside 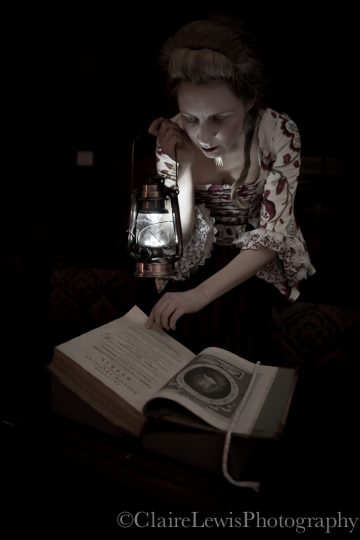 A night to freeze the blood! Taking place online for each night of All Hallows Eve, your costumed host will deliver some of literature’s strangest gothic tales by the fireside. Hear stories written by pioneering writers of horror, strangeness and terror, concluding with the Queen of Gothic herself, Mary ‘Frankenstein’ Shelley.

As night wanes and the witching hour approaches, settle in for an atmospheric evening of Gothic tales from Chawton House’s collection. In 1816, known as the year without summer, Lord Byron challenged his guests, Percy Shelley, Mary Godwin and Dr Polidori to write a ghost story, inspired by a collection of German horror fables. As the stormy weather raged outside, tensions increased within the flickering, candlelit rooms. Trapped inside the oppressive villa, two iconic tales were born: John Polidori’s The Vampyre and Mary Shelley’s Frankenstein.

We begin our Gothic retellings with Hannah More’s poem Bishop Bonner’s Ghost whose ghoulish apparition passes judgment beyond the grave. The night continues with The Midnight Bell, described as one of Jane Austen’s ‘horrid novels’ in Northanger Abbey. Each night a mysterious bell rings in the St Francis Abbey, where a terrible murder took place years before…

Night the second is dedicated to Anne Radcliffe, the most significant Gothic writer of the eighteenth century. Far from being a horror writer, Radcliffe wished to terrify her readers and make them feel alive through her words. Her most famous work, The Mysteries of Udolpho (1794) takes place in the sixteenth century in Southern France and tells the tale of orphaned Emily St Aubert, imprisoned in a castle by her villainous uncle Montoni. 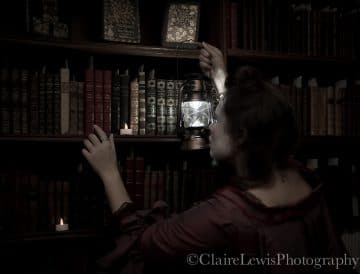 The final night is a dramatic reading of Mary Shelley’s little-known novella Mathilda. Although written between August 1819 and February 1820, the subject matter was so controversial that it was not published until 1959. It tells the story of Mathilda, a young woman desperately in love with a gifted young poet, Woodville, from whom she hides the shameful secret of her father’s incestuous love. 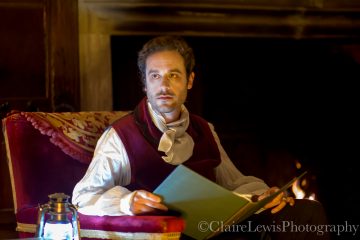 Dominic Trained at the Royal Central School of Speech & Drama.

His Shakespeare credits include international tours of Measure for Measure (US Tour AFTLS); A Midsummer Night’s Dream & The Comedy of Errors (Propeller); As You Like It (Southwark Playhouse); The Tempest (Barbican); The Merchant of Venice (Queen’s Theatre); Macbeth (Exeter Northcott).

He recently did R&D on the RSC’s Multi-Storey and Propeller’s Edward III projects; and wrote & directed Malvolio’s Misorder for Shakespeare 400.

Dominic is also an Education Practitioner at Shakespeare’s Globe and has led both drama workshops in the USA, Brazil, Switzerland, Istanbul, Germany, France and the UK. He also directs at the Royal Central School of Speech & Drama and East-15 drama schools in London.

This Christmas Dominic will be live-streaming his one-man show of A Christmas Carol, which he devised with former Globe Associate, Tim Carroll.