July’s Podcast features an interview with couture milliner and PHD student of the fascinating language of dress at the University of Southampton, Eleanor Houghton.  Eleanor provided one of the highlights of the Jane Austen Regency Week in Alton and Chawton in June: she gave a talk here at Chawton House Library on clothing in the time of Jane Austen – which the Hampshire Regency Dancers attended in a range of costumes from the period.  Our General Manager Anthony Hughes-Onslow talks about his own role, and what makes Chawton House Library a fantastic place to visit.  In a month when we remember the final battle of the Napoleonic Wars, and commemorate Waterloo, Dr Gillian Dow, our Executive Director, discusses the treasure trove of works by French women writers held in the Library collection. Finally, we hear from June visiting fellow and Professor of French at the University of New Hampshire, Nadine Berenguier, about the unique French texts and translations she came to the Library to research.  We look forward to another commemoration of a historic battle between the French and the English on the 16 July when Professors Anne Curry and David Owen Norris from the University of Southampton will give a talk and music recital on women and the Battle of Agincourt.

Here are some of the things you will hear described in this month’s Chawton House Library Conversations podcast: 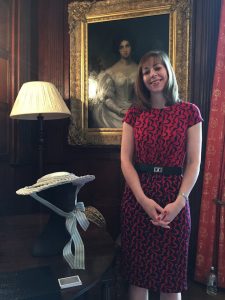 Eleanor Houghton when she gave her talk here at Chawton House Library on clothing in the time of Jane Austen. 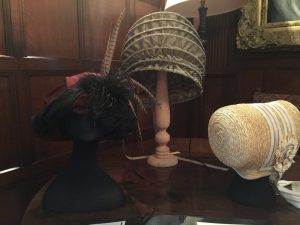 A few of the hats and bonnets made by couture milliner Eleanor Houghton. These and many more from Eleanor’s collection were on display during the evening of her talk 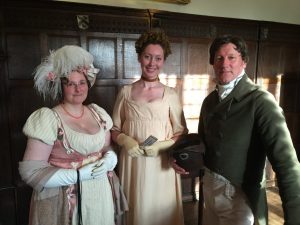 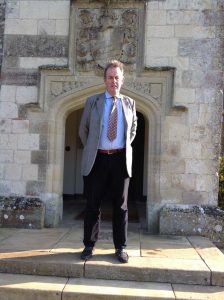 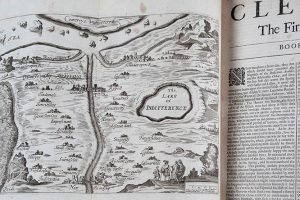 Madeleine de Scudéry ‘Clelia, an Excellent New Romance’ (1678). Just one of the many translations from a French original in the library collection 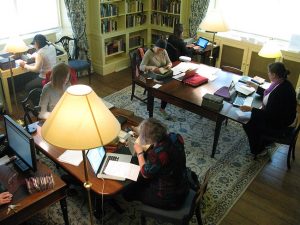 There are still a few tickets remaining for our talk and music recital ‘Women and the Battle of Agincourt’ on 16 July.  Book tickets here or call the events office direct on 01420 595901.