In this special podcast, we bring you all the highlights from a very exciting day here at Chawton House Library on 5 September — our conference to celebrate 20 years since the phenomenally popular 1995 BBC adaptation of Pride and Prejudice, adapted by Andrew Davies, produced by Sue Birtwistle, and directed by Simon Langton.

Do listen to hear interviews with two of the scholars who took part in the day, Professor Juliette Wells (Goucher College, Baltimore) and Professor Devoney Looser (Arizona State University). Juliette and Devoney discuss the 20th-century history of Pride and Prejudice mania, and how the 1995 production reinvented Mr Darcy as a sex symbol.   Simon Langton, Director, tells us how the success of the series came as a surprise and gives us an insight into the uncertain world of directing.  Next, we hear from one of our fantastic reading room volunteers Huw Prall about what it was like to be a dancer in the production, and the impact it had on his career.  Finally, Crispin Bonham-Carter (Mr Bingley) and Polly Maberly (Kitty) tell us all about horse riding, squinting, the script, heaving bosoms, loving their characters, and what they are up to now.

We are extremely grateful to all those who freely gave up their time to take part in the day. The academic experts on Jane Austen in adaptation – including Sayre Greenfield, Nora Nachumi and Linda Troost – made special trips from the States to be with us. From Director Simon Langton, and the original members of the cast and crew to Huw Prall, who contributed so many fantastic items to our Pride and Prejudice display, we certainly celebrated in style.  We would also like to thank the delegates who attended: your enthusiasm and love for the production was what made the event so special.

If you enjoyed this podcast, the day itself, and the subsequent photographs and social media interest, please donate to Chawton House Library by visiting our website, www.chawtonhouselibrary.org. We thank you in advance for your support.

A Selection of Photos from the Day 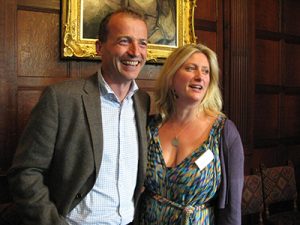 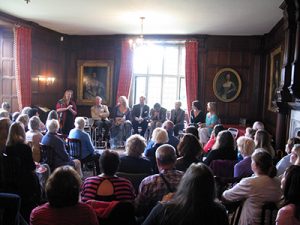 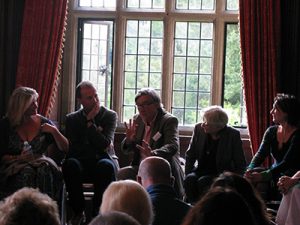 The original cast and crew reminisce on the production 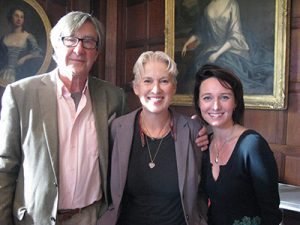 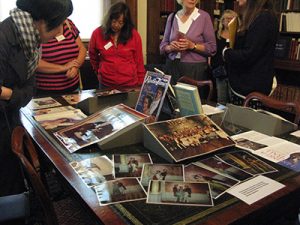 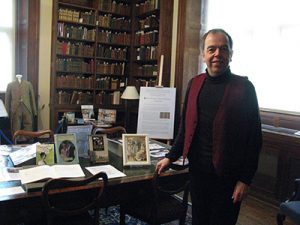 Library volunteer and dancer in the 1995 production, Huw Prall