We celebrate the 1995 BBC adaptation of Pride and Prejudice

We celebrate the 1995 BBC adaptation of Pride and Prejudice 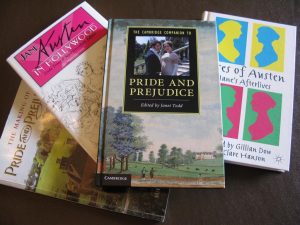 The critically acclaimed six-part TV drama, adapted by Andrew Davies and produced by Sue Birtwistle, elevated Colin Firth, who at that time was a relatively unknown British actor, to international stardom. 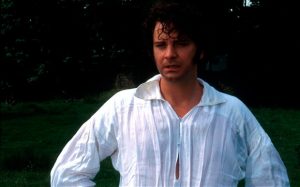 During the conference cast and crew will reveal secrets from the set of a series that gripped the nation when it aired in September 1995. They will discuss how one of the most unforgettable moments in television history – Mr Darcy’s iconic wet shirt scene – came about.

Simon Langton, Director of the BBC production, said of the celebration at Chawton House Library: ‘I look forward to celebrating the 20th anniversary of the Andrew Davies version of Pride and Prejudice that has done much to prolong the genius of Jane Austen, not only for the last twenty years but for generations to come.’

He added: ‘A beautiful research centre into early women’s writing, set in the house that once belonged to Jane Austen’s brother, will provide the perfect environment to bring cast and crew back together to reminisce on the production’.

A host of academic experts on Jane Austen and the many adaptations of her work will reflect on the place of Pride and Prejudice in popular culture before and after 1995. The author of Jane Austen and Discourses of Feminism, Professor Devoney Looser from Arizona State University, will give a talk titled: ‘Playing Mr Darcy, from Archery to Wet Shirts’. 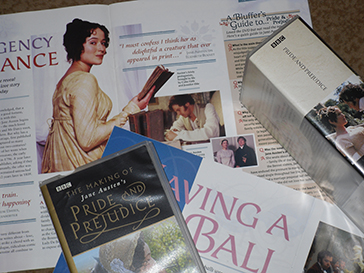 Here at the Library there will also be a display relating to Pride and Prejudice and other treasured works by Jane Austen. This large display will include books, photographs from the set and ephemera relating to the production. Many of these items are being contributed by Huw Prall, one of our fantastic library volunteers and a dancer in the 1995 adaptation.  Huw, who is also Head of Dance for the education department at Shakespeare’s Globe, will be in the Lower Reading room on 5 September to talk about the display and what went on behind the scenes of the 1995 production.

We are now fully-booked for this conference.  If you missed out on a space, you will still have the chance to see the display, which includes photos from the set, at our Open House and Gardens on 6 September. Tickets cost £6.00 or £3.50 for adults and are available on the day.