On 16 July, Professors Anne Curry and David Owen Norris from the University of Southampton gave a wonderful talk and music recital on women and the Battle of Agincourt, which took place 600 years ago, in 1415. As part of this special extended podcast we bring you the highlights: Professor Curry discusses the medieval letters and texts that give a unique insight into the plight of the widows of the battle, before telling us about the activities of the charity Agincourt600 of which she is the chair.  Then, Professor Norris treats us to some beautiful piano extracts from the evening, composed on the theme of female loss after battle, and performed on the historic Stodart piano, on loan from the University of Southampton, and housed in our dining room.

Austen scholar Professor Janine Barchas (University of Texas at Austin) and theatre historian Professor Kristina Straub (Carnegie Mellon University) tell us about an exhibition, to be held at the Folger Shakespeare Library in Washington DC in 2016, which explores the celebrity of Jane Austen and William Shakespeare.  On the 200th anniversary of the publication of Emma and the 400th anniversary of Shakespeare’s death, the exhibition will look at the process of how these authors became literary superheroes. Professor Barchas has recently agreed to join the North American Friends of Chawton House Library board, and we look forward to working closely with her in the future.

Look as you listen!

Here are some of the things you will hear described in this month’s Chawton House Library Conversations podcast: 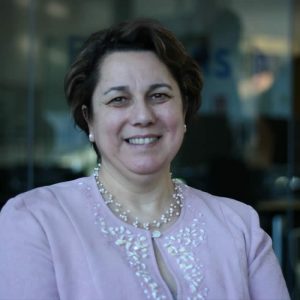 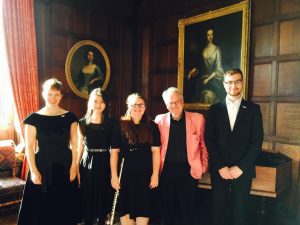 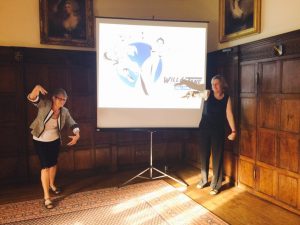 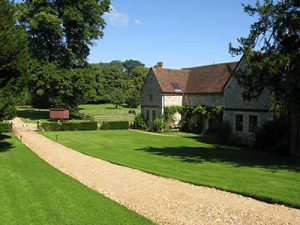 Our onsite accomodation for visiting fellows: The Stables