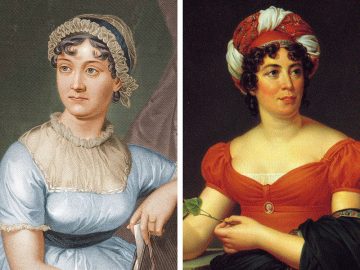 July 1817 saw two deaths – of Jane Austen, an English novelist with a solid but relatively modest success, and of Germaine de Staël, a long-standing superstar of pan-European intellectual, political and literary life. Over the two centuries since, the relative reputations of these two writers have re-aligned in ways that would have astonished their contemporaries, admirers and critics alike.

This joint anniversary provides an unrivalled opportunity to bring scholars together to reflect on the connections, continuities, and contrasts between these two writers’ careers both in their lifetimes and after, and to think about the waxing and waning across Europe and beyond of the literary reputations of eighteenth-century and Romantic-period women writers more generally.

The organisers invite submissions of 20 minute papers. Topics might include, but are not limited to:

Dr Gillian Dow (Executive Director of Chawton House Library and Associate Professor in English at the University of Southampton) [Gillian.dow@chawtonhouselibrary.org]