‘I am now alone in the library, Mistress of all I survey’

It’s #NationalLibrariesWeek, and a good time for us to remind our friends and supporters that Chawton House Library provides a home to the Knight Family Collection. Many of these books were originally from the library at Godmersham Park, Kent, home of Jane Austen’s brother, Edward. The library was broken up in the early 20th century, but an important core of the collection still remains, including books we know Jane Austen herself read, such as Mary Brunton’s Self-Control (1811).

A research group of scholars and bibliophiles has formed ‘The Godmersham Lost Sheep Society’ (GLOSS) searching for all books that were originally in the library, recording them, and returning them to us at Chawton House Library where possible. 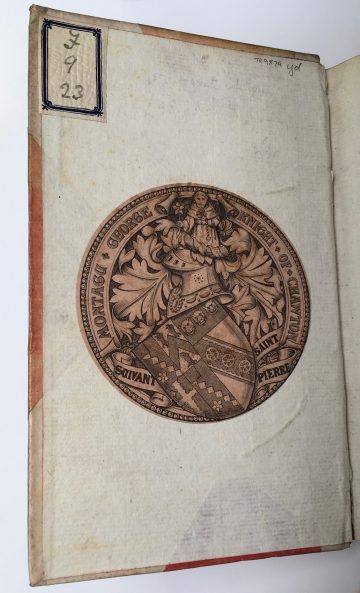 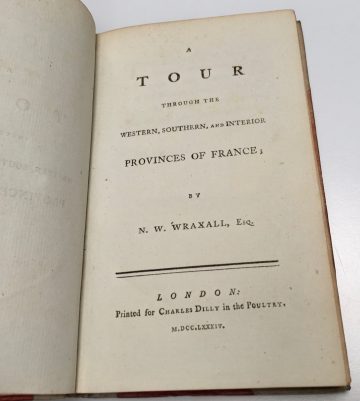 Team GLOSS has started to identify books with a Knight family bookplate that were sold or otherwise distributed in the years after the Knight family moved from Godmersham Park to Chawton House in the 1870s. Books that are found to have been part of the collection are being privately purchased by GLOSS and returned to Chawton House Library.

The most recent addition is Wraxhall’s A Tour through the Western, Southern, and Interior Provinces of France which has been kindly purchased and donated to CHL by Professor Peter Sabor of McGill University, a former Chawton House Library visiting fellow.

GLOSS would like to hear from anyone who has books containing Knight family bookplates.

For more information on this project and to find out more on how you can get involved, please go to: