The Stinking Fish of Southampton

The Stinking Fish of Southampton

Following the success of the ‘Stinking Fish of Southampton’ festival in 2017, speakers at Chawton House discussed life in the Georgian Spa Resort of Southampton. 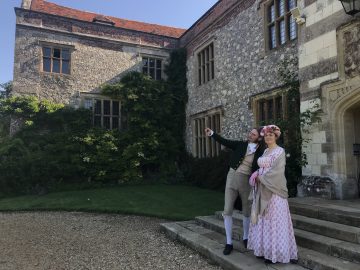 Perception of Jane Austen’s time spent in Southampton is often relegated to a brief stopgap between ‘the unmeaning luxuries of Bath’ and the glory years at Chawton. Worse, in the BBC documentary ‘Jane Austen: Behind Closed Doors’, TV historian Lucy Worsley called it the ‘distinctly down-market Southampton’, and living there ‘was the lowest point in Jane’s fortunes’.

Restoring Southampton to its former importance

Not so according to Dr. Cheryl Butler, organizer of our day of talks and author of Jane Austen & Southampton Spa. Southampton was a fashionable Regency bathing town, home to the fabulously wealthy associates of the East India Company, and the eccentric Marquis of Lansdowne, who built a mock Gothic edifice on the ruins of the medieval castle. 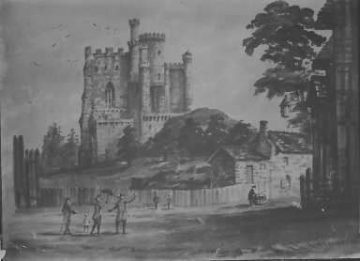 The Austen’s landlord was the Marquis, and they rented a house in Castle Square, next to his imposing pile. Surely it is no coincidence that at this time Austen wrote to the publishers Crosby & Co, demanding to know why they hadn’t published her Gothic lampoon ‘Susan’, and informing them she would take it elsewhere if no action was taken. In her talk, Professor Emma Clery (University of Southampton) discussed the ‘cult status’ of Netley Abbey, and its undeniable influence on the Gothic literary movement. Jane visited the site with her family, and her niece Fanny was particularly impressed by the atmospheric ruins.

The significance of Southampton Spa must be restored to its rightful place in Jane Austen’s life. The absurdities of her neighbours and the Gothic surroundings could not fail to inspire the ever-observant Austen. 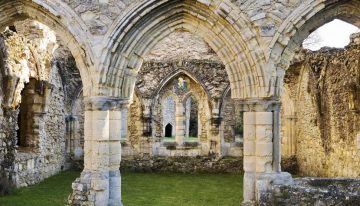 Chawton House’s current exhibition ‘The Art of Freezing the Blood’ pays particular homage to Austen’s mock-Gothic Northanger Abbey, the latter iteration of her earlier work, ‘Susan’. This exhibition explores the history of female Gothic writers, setting Mary Shelley’s Frankenstein and Austen’s novels in their full literary context. Entry is included in the price of admission and runs until 7 December 2018.