Last month we put on our Chawton House’s first ever Summer Fayre, with events happening in the large marquee on the South Lawn, erected for the Jane Austen Society AGM, which took place the day before. 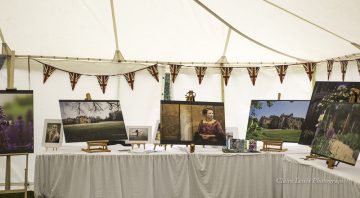 Filling the marquee and tents lining the driveway were over thirty craft stalls, many of whom returned from last year’s Christmas Fayre. The marquee also held workshop tables for calligraphy, lace tatting, photography and creative writing. Nearby was a ‘comfy seating area’ where children could sit and listen to costumed storytelling. 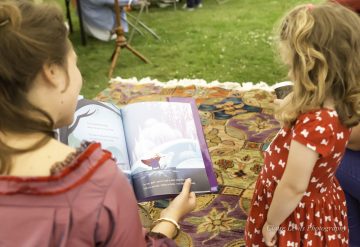 With a dance floor in the middle of the marquee, taking center stage – quite literally – were the Hampshire Regency Dancers, who performed in historical dress before encouraging audience members to participate in dances familiar to Jane Austen. 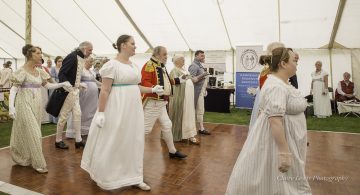 Elsewhere on the lawn were traditional fête games, hosted by Jeremy Knight. As a boy growing up in Chawton House, Jeremy remembers playing the same games when his family hosted villagers for community events. In the Great Hall volunteer and researcher, Martin Caddick, revealed secrets of Chawton House’s past and Dr. Kim Simpson gave a Curator’s talk in the Library on the Writing Women’s Rights display. 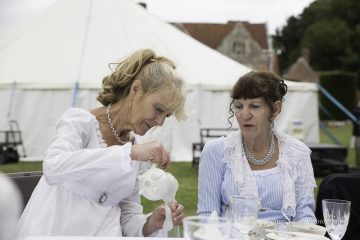 Volunteer Sue Briggs manned the second-hand bookstore, raising a total of £200 for Chawton House. Sue also organised a raffle with the prize of ‘6 Mystery Books’. This was won by Lindy Wiltshire from Alton who was delighted with the surprise and said of the day:

“It was a lovely afternoon.  The Regency clothes look so pretty in the Chawton House setting and the dancing was fun.  I look forward to the next one, also to future events.  I have been to excellent talks there and recitals.  We are fortunate to live in this part of Hampshire.” 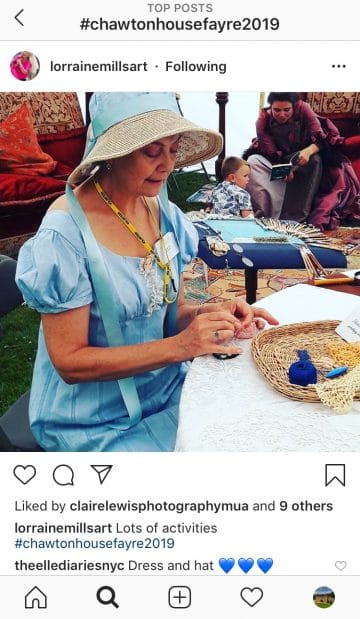 As well as showcasing her beautiful pictures of the house and grounds, in house photographer Claire Lewis also ran the ‘Regency photo booth’. Visitors were encouraged to enter a photography competition on Instagram, showcasing fun at the Summer Fayre using the hashtag #chawtonhousefayre2019. Congratulations to Lorraine Mills, whose photo has won her a cream tea for two in our Old Kitchen Tearoom!

“This is only the beginning for making Chawton House a space for the community to enjoy,” said Katie Childs, Chief Executive. “We are transforming Chawton House into an organization that looks outwards and builds links with local networks. The whole team really came together to make sure the Summer Fayre was a great day for visitors. Now onto the next event!”