Foul air, bad books and monsters – join us on Zoom for short presentations and a discussion of contagion in the eighteenth and nineteenth century:

Michael Brown, ‘Foul air and filthy streets: the decline of contagion and the rise of environmentalism in British epidemiology, 1780-1848’ 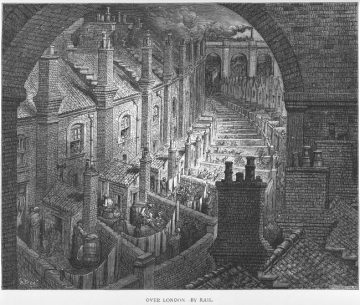 As our current experience of Covid-19 demonstrates, ideas about the origin and spread of epidemic disease are complex, contested and highly politicised. From all the way back to classical antiquity there had been two essential models for understanding the spread of disease. These were the contagious (which emphasised the exchange of some kind of pathogenic entity between individuals) and the atmospheric or environmentalist (which emphasised the pathogenic agency, either of general climatic factors, or of local ‘nuisances’ such as animal excrement and rotting organic matter). These two models co-existed in uneasy tension, but during the plague years of the early modern period, the contagious had come to predominate in medical thinking. As the immediate threat of plague declined in the later eighteenth century, however, medical practitioners influenced by neo-Hippocratic ideas, and an Enlightenment interest in the natural world, began to challenge epidemiological orthodoxy and to assert the importance of atmospheric and environmental factors. As the eighteenth century turned into the early nineteenth, these climatic models would, in turn, be reframed to emphasize the primary causal agency of filth, and it would be this model that shaped public health practice in Britain for much of the nineteenth century. However, then as now, these contested ideas were as much rooted in debates about politics and economics as they were in medical knowledge.

Michael Brown is a Reader in History at the University of Roehampton. He has written extensively on the social and cultural history of eighteenth- and nineteenth-century British medicine and is the author of Performing Medicine: Medical Culture and Identity in Provincial England, c.1760-1850 (Manchester University Press, 2011).  He recently led a Wellcome Trust Investigator project entitled Surgery & Emotion (2016-21) and his monograph deriving from that project, entitled Emotions and Surgery in Britain, 1793-1912, is due to be published by Cambridge University Press in 2022. Michael also has a long-standing interest in the cultural history of war and recently co-edited Martial Masculinities: Experiencing and Imagining the Military in the Long Nineteenth Century (Manchester University Press, 2019). 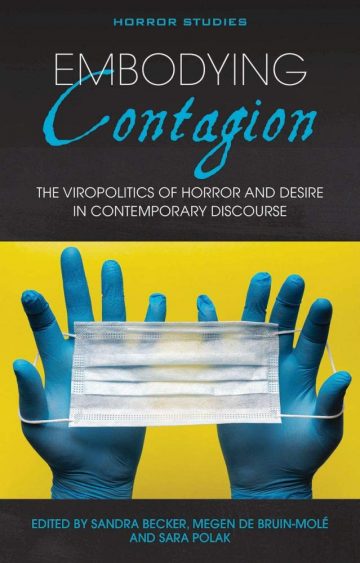 From the zombie to “Rappaccini’s Daughter” to patient zero, Dr De Bruin-Molé explains why we need to learn to love the monster, looking at some of the ways we’ve come to read contemporary ideas about identity (and virality) into eighteenth and nineteenth century figures.

Dr Megen de Bruin-Molé (@MegenJM, she/her) is a Lecturer in Digital Media Practice with the University of Southampton. Her book Gothic Remixed (Bloomsbury 2020) examines remix culture through the lens of monster studies, and her co-edited collection Embodying Contagion (UWP/Open Access 2021) explores how fantastical metaphors of contagion have infiltrated the way news media, policymakers and the general public view the real world and the people within it. Megen is also an editor of the Genealogy of the Posthuman, an Open Access initiative curated by the Critical Posthumanism Network. Read more about her work on her blog: frankenfiction.com.

Nick Groom, ‘The Vampire and the Virosphere: Seeing the Invisible’ 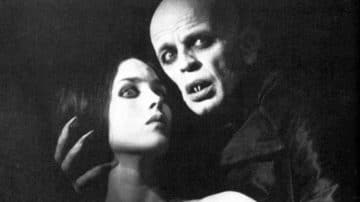 Since the early eighteenth century, vampires have been seen as vectors of plague, going hand-in-diseased-hand with medical science as it struggled to make sense of virulent contagious diseases. Depictions of vampires consequently shadowed medical practice, embracing and assimilating new advances in bioscience, as well as becoming instrumental in theological, philosophical, and economic thought. This talk will consequently argue that today, vampires and vampirology can cast an eerie light on our experience of pandemic and lockdown, and that they might even teach us something about our pestilential relationship with Covid-19….

Nick Groom is Professor of Literature in English at the University of Macau and an Honorary Professor in English at the University of Exeter. He is the author or editor of twenty books, including The Seasons: A Celebration of the English Year (Atlantic, 2014), Frankenstein: The 1818 Text (Oxford University Press, 2018), and The Vampire: A New History (Yale University Press, 2018). In 2020, he ran an online conference with Prof. William Hughes with the title CoronaGothic: Cultures of the Pandemic; the papers were published later the same year in a special issue of the journal Critical Quarterly.

Annika Mann, ‘A Plague of Books: Reading Contagion in the Gothic Novel’ 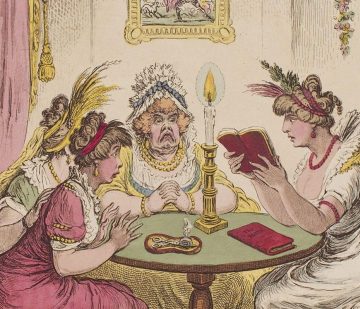 This talk explores how the eighteenth-century gothic novel reanimates a particularly modern terror: the possibility that reading books might be contagious. For while disease, bodily disorder, and death regularly feature in the plots of gothic novels, these novels also traffic in more frightening beliefs about the manifold ways the pages of literature might carry disease to their readers. This talk will explore the history of such fears and their contemporary resonances.

Annika Mann is an Associate Professor of English at ASU’s New College of Interdisciplinary Arts and Sciences. She specializes in eighteenth- and early-nineteenth century British literature and culture, this history of medicine, the health humanities, and disability studies. She is the author of Reading Contagion: the Hazards of Reading in the Age of Print (University of Virginia Press, 2018) and is currently at work on a book on women writers and chronic illness.

Tickets £6. **This event is free for students at any level of study but booking is required**