A home cooking revolution from female writers across the ages

A home cooking revolution from female writers across the ages 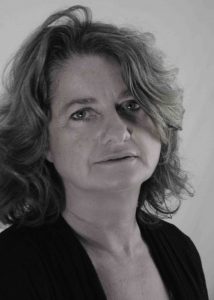 Sophia Waugh will be visiting Chawton House Library to talk about her latest book, Cooking People: The Writers Who Taught the English How To Eat.

The book focuses on five female writers who have revolutionised home cooking, from Hannah Woolley in the 17th century, the first woman to make a living from cookery writing, to the much loved Isabella Beeton and Elizabeth David.

What appeal might these women have to today’s foodies and home cooks? Sophia Waugh explains.

What was the inspiration for writing Cooking People?
The inspiration came from discovering a recipe for rice pudding by Eliza Acton, a 19th century cookery writer. I’d never heard of her before so I thought I’d try it out and it was so delicious with a layer of custard on the top. It then occurred to me that I had literally hundreds of books by modern-day cooks and yet I didn’t know about early English cooking, which is so mocked abroad. So I started looking into these early-day writers and then thought this is a really interesting subject for a book.

Where did your interest in cooking stem from?
I’ve always been very keen on cooking and my mother and grandmother were brilliant cooks. I’m the oldest of four and we were very much expected to help in the kitchen so I’d just start by making simple things. My father, Auberon Waugh, was also very generous at taking us out to restaurants and there was always a lot of talk about food. He would ask us what we could taste and what ingredients we thought were being used in dishes.

Why did you focus on these five writers in particular?
For each of these women at the time, their book was the next step in how to cook. Hannah Woolley, from the 17th century, is interesting because she was the first ever woman to make a living from writing. There were recipe books published before hers but they were mostly published for cooks in grand houses where they prepared stuffed peacocks, swans and that sort of thing, whereas all five women were focused on domestic cooking.

What else links the women?
They were all successful in their day, they were all female, obviously, which is interesting given that most professional cooks have always been men and domestic cooks have been women, and they were all writing for the same types of audience. They’re a bit like Delia Smith in that when she came on the scene she was a reassuring voice to people who weren’t sure about home cooking. These five women are similar in that way.

Do all five cooks share an easy writing style that’s accessible?
Modern-day Elizabeth David writes the most beautifully and she also refers a lot to other writers. She would be more likely to be my Desert Island choice because I’d read her books for the other things as well as the actual cooking. I love Eliza Acton because she’s very straightforward and Hannah Glasse is very chatty. They’re all accessible and readable and that’s partly why I picked them for the book. All the recipes in the book can be cooked and enjoyed and I’ve tried a lot of them myself.

Can we have a sneak preview of what you’re planning to cook on the day at Chawton House Library?
One thing I’ve decided on is a delicious Hannah Glasse recipe for pheasant with artichoke hearts, sausages and chestnuts. It’s a combination of ingredients that we might not use now but the dish is delicious, incredibly easy to do and looks pretty.

Do you have a particular favourite from the recipes in your book?
One I really love is another Hannah Glasse recipe for poached chicken with celery and a lot of mace, which in an interesting ingredient we don’t use much. The dish has such a clean, fresh taste. I’ve tried to pick recipes that are easy to do. They’re often easier to make now than they would have been centuries ago because, for example, we’re opening a can of artichokes rather than de-heading fresh ones and we’re not putting meat on spits and having to baste a joint every 10 minutes.

Do you think that these female writers were appreciated in their day for what they were doing?
Yes, not in the modern sense of ‘Here’s the first female writer’ but the fact that their books all sold in such numbers show the level of appreciation. 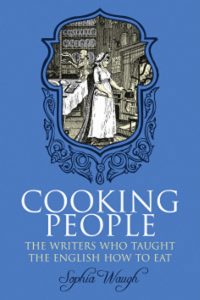