Last day celebrating Elizabeth Montagu as our woman writer of the month!

Home>Posts>Woman Writer of the Month>Last day celebrating Elizabeth Montagu as our woman writer of the month!
Previous Next

Last day celebrating Elizabeth Montagu as our woman writer of the month!

Elizabeth Montagu: ‘Queen of the Blues’, patron of the arts, consummate hostess and generous philanthropist.

The Montagus had an active social life, traveling around the country throughout the year to visit friends and stay at their various estates. Sandleford was one of their properties in Berkshire, which they usually visited in the spring. Edward Montagu, Elizabeth’s husband, acquired the lease to the Sandleford estate in 1730, where an Augustinian priory had existed on the site from circa 1200. After her husband’s death in 1775, Elizabeth made extensive alterations to the property, using James Wyatt, the neoclassical architect, for the house, and Lancelot Brown, a.k.a ‘Capability’ Brown, for the park and garden. 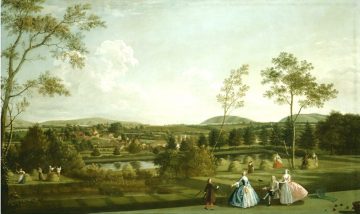 Edward Haytley’s portrait, The Montagu Family at Sandleford Priory, circa 1744.

Montagu was the consummate hostess, not just in her role as ‘Queen of the Blues’ to the intellectual elite but also to her dependents. Pitmen and their wives would feast at Denton, the Montagu’s manor house in Newcastle upon Tyne. Every May Day she would invite chimney-sweeps to breakfast on her lawn. In fact, the very last of her entertainments before she died was the annual May Day feast. This was held at Montagu House, Portman Square, built in 1781. All who came to her gate were admitted to tables in the garden, where relays of beef, mutton and pudding were served from one o’clock to four. 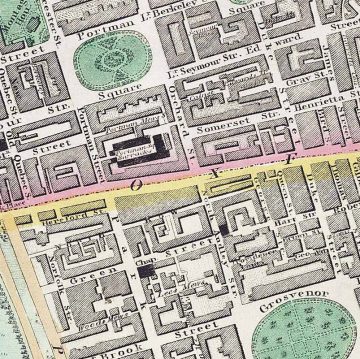 After her death, Montagu was celebrated as the “Patron of Sweeps” in “The Sweeps’ Lamentation For the Loss of their Friend, Mrs Montagu.”:

‘Tho’ I’m only a Sweep,
Yet allow me to weep
And with sorrow my loss to deplore.
While the shovel and brush
For a time let me hush
Since the Patron of Sweeps is no more!
She’d a heart that could melt
At the troubles we felt
And in soothing ’em thought herself blest.
So that once in the year
We partook of her cheer,
And she provided the best.’ 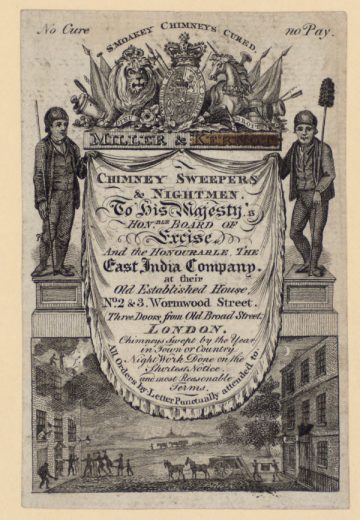