Our woman writer of the month for June is Germaine de Staël, who with Jane Austen, is the subject of our main summer exhibition ‘Fickle Fortunes’, which runs from 12 June to 24 September.

Feted as a celebrity

Germaine de Staël, born 22 April 1766 in Paris, was a central figure amongst the European literary elite, hosting famed salons in Paris and in Coppet (Switzerland) for a wide circle of politicians, writers and intellectuals. She was a very public figure from her childhood onwards—her Father was a minister—and she was often judged on her life, rather than her writing. In one of her early works, she claimed to be ‘condemned to celebrity without being known’.

Germaine de Staël’s celebrity in life was such that people across Europe would make pilgrimages to get a glimpse of her. Hampshire-born author Mary Russell Mitford (1787-1855) wrote in August 1813 ‘I had the happiness, in the midst of this crowd, of getting a good sight of Madame de Staël’.

From the moment of publication in Paris, Staël’s writing made a splash across the Channel. Her works were translated immediately into English, and published in their original French in London. She was read and much discussed by the literati, including Sydney Owenson/Lady Morgan, Lord Byron, and Mary Shelley, all of whom mention her in letters or journal entries, and she inspired poetry, novels and critical commentary to be written in turn. 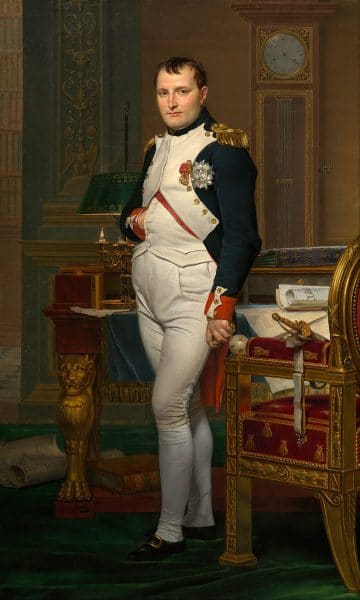 Staël’s tempestuous relationship with France, and particularly with Napoleon, coupled with her interest in politics and travel, and her far-reaching friendship circle, meant that she was often on the move. Indeed, although Staël was born in Paris and died there, she spent much of her time in exile. It displeased Napoleon that Madame de Staël should show herself recalcitrant to his influence. But it probably pleased  Staël to quite an equal degree that Napoleon should apparently put forth his power to crush her and fail.

Her base outside France was the ‘château de Coppet’, a large manor by the shores of Lake Geneva, which her parents bought before the Revolution. She hosted many famous visitors from across Europe—among them were Byron, Humboldt and Juliette Récamier. Her regular circle of close intellectual friends, including numerous writers famed for their political, aesthetic or philosophical works—like Benjamin Constant, the Schlegel brothers or Sismondi—became known as the ‘Groupe de Coppet’. Still owned by her descendants, Staël’s Swiss home houses a small museum dedicated to her memory.