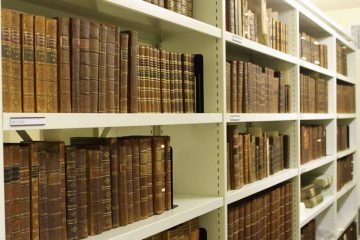 In the summer of 2015, Professor Peter Sabor from McGill University, Canada, came to Chawton House as a Visiting Fellow for a month. He spent most of his time in the vaults researching the Knight book collection, many of which had belonged to Edward Austen Knight, Jane Austen’s brother, whilst he lived at Godmersham Park in Kent. It was therefore a collection known to and consulted by Jane herself when she went to visit. 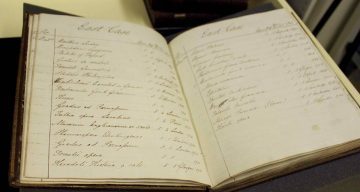 family when finances were tight, although these are slowly being identified and purchased through the Godmersham Lost Sheep Society (GLOSS). Nevertheless, many books remained and those that were around in Jane Austen’s time could be identified by an 1818 handwritten catalogue (pictured) listing all the books owned at that time. 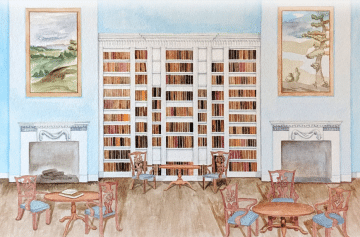 House and this starting the process of creating the ‘Reading with Austen’ virtual library.

Many people have been involved in researching this project. At Chawton House it was necessary to take images of the spine, title page, bookplate and any provenance from all relevant books. Thanks need to go to volunteer Paquita Lamacraft who took many of the images and then presented a video of her experiences.

Chawton House is in the early stages of creating a ‘Jane Austen Library’ in one of the public rooms to showcase this virtual library and display some of the key books to which Jane Austen had access.