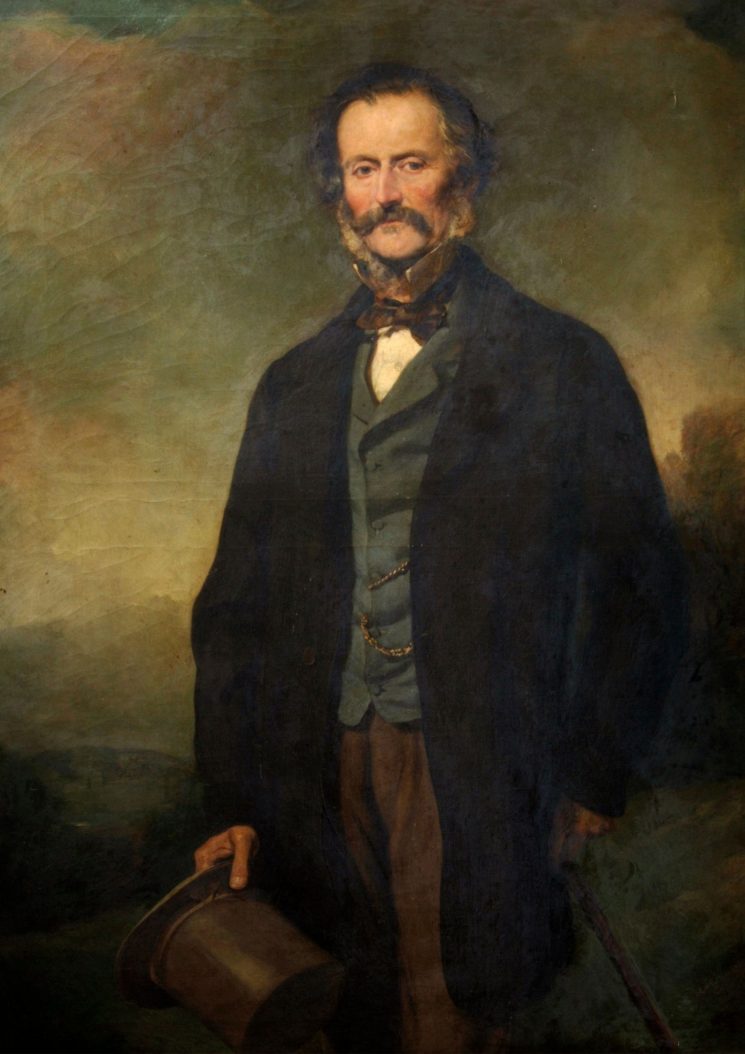 On this day in 1794, Edward Knight II was born Edward Austen in Godmersham, Kent.

The nephew of Jane Austen, Edward Knight was the first son of Edward Austen Knight and Elizabeth Bridges and the second of the couple’s eleven children. Upon the death of Catherine Knight, the widow of his father’s benefactor, in 1812, the entire family changed their surname to Knight as stipulated in Catherine’s will.

An avid sportsman, Edward Knight was a first class cricket player and played for Kent, Hampshire and the Gentlemen against the Players in 1825 and 1827. In 1820 Edward was sent to look after his father’s Chawton estate and during that year he and his brother George played for the village side in a match on the Alton Butts in May of that year. Edward’s identification with Hampshire can be seen to begin from this date, with him joining the Hampshire Agricultural Society in 1820 before becoming Deputy Lieutenant of the Hampshire Militia in 1821 and High Sheriff of Hampshire in 1823.

In 1825 Edward Knight caused scandal when he eloped to Gretna Green with his sister Fanny’s step-daughter Mary Dorethea Knatchbull. The couple settled in Hampshire at Chawton House, choosing to move away from Kent and Mary’s disapproving father, and welcomed their first child Edward Lewkenor in 1827. Edward and Mary would eventually have seven children together but sadly Mary Dorethea died nineteen days after the birth of their last child William in 1838.

In 1840 Edward married his second wife Adela Portal and it is likely that Adela Copse, now forming part of Mingledown Woods, was planted to commemorate their marriage. The couple’s first child Elizabeth Adela was born in 1841 and Edward and Adela would eventually have nine children together, including Montagu Knight.

In November 1852 Edward Austen Knight died aged 85 and Edward Knight inherited his father’s estates in Hampshire and Kent. Facing the financial constraints of maintaining two estates, Edward chose to continue residing at Chawton House and in 1853 made many alterations to his childhood home at Godmersham Park before leasing out the property for twenty years, causing discontent amongst his many siblings. In 1875 Edward sold Godmersham Park.

Edward Knight II died on 5 November 1879 and was buried in St. Nicholas Churchyard in Chawton. Montagu Knight, his eldest surviving son by Adela Portal, inherited the Chawton estate after his father’s death.

Discover More About Edward Knight II and His Brothers

If you’re interested in learning more about Edward Knight II and his siblings, why not purchase a copy of Hazel Jones fascinating book The Other Knight Boys: Jane Austen’s Dispossessed Nephews? Exploring the lives of the six Knight brothers, the book details the different events that impacted on their lives, including Edward Knight’s decision to sell their family home at Godmersham Park.  Click here to purchase the book.

Take a seat in the historic Great Hall at Chawton House this June and enjoy a talk on Edward Knight II, delivered by Hazel Jones, the author of The Other Knight Boys: Jane Austen’s Dispossessed Nephews? This illustrated presentation will trace Edward Knight’s years at Chawton House with his two extensive, often quarrelsome families. Click here to find out more.

Join Clio O’Sullivan for a fascinating talk on the Austen and Knight family’s involvement in the scandals of the day, including Edward Knight II’s elopement with Mary Dorothea Knatchbull to Gretna Green. Click here to catch up on all the gossip.