Food historian and The Great British Bake Off regular, Dr Annie Gray, will be giving talks on how to cook a Christmas dinner the Georgian way at Chawton House Library, a leading study centre in Hampshire for early English women’s writing. 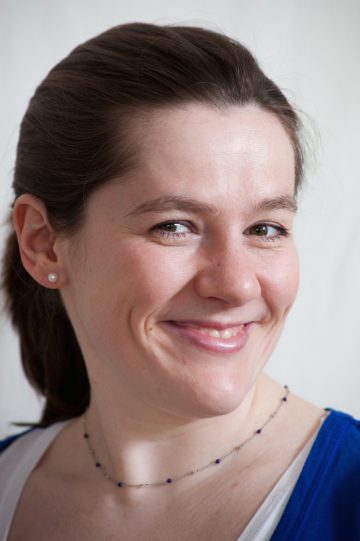 The culinary expert, also a panelist on BBC Radio 4’s The Kitchen Cabinet, will reveal how people of Jane Austen’s time celebrated Christmas and the lengths they went to in order to prepare a wide range of festive fare, from brawn and roast swan to ‘plumb’ porridge and meaty mince pies.

The event runs from 10am to 3pm on Saturday, 13 December with talks by Dr Annie Gray at 10.30am, 11.30am, 12.30pm and 2pm. Visitors can also explore the historic house and enjoy gourmet Georgian treats cooked in the Old Kitchen.

Some of the recipes made on the day will include cinnamon cake and ginger cake from The Knight Family Cookbook, a handwritten cookbook that was collated in the eighteenth century by the Knight Family, who owned the Chawton House estate and adopted Jane Austen’s brother Edward in 1784.

As a regular diner at Chawton House, Jane Austen may well have tasted dishes from the cookbook, which is now a fascinating example of manuscript cookbooks kept by women in charge of households several centuries ago.

A facsimile copy of The Knight Family Cookbook will be on sale on the day for £15 or can be bought online from Chawton House Library. A copy is on display at the Aga shop in Alton in the run-up to the event.

Dr Annie Gray said: “ The Georgian period as a whole has got an awful lot going for it. The clothing is fabulous, the attitudes are interesting, the Enlightenment is in full swing and people are questioning philosophical, medical and culinary viewpoints, left, right and centre.

“As for the food, especially the feasting food, you cannot beat it. I would say that the flavours, tastes and textures of Georgian cooking are probably the best. Some of the combinations are just knockouts.”

Keith Arscott, Development Director at Chawton House Library, said: “Whether you are a foodie or a lover of literary history or historic homes, visitors are promised a truly festive and unique experience.”

He added: “An event like this brings the historic house to life and helps to make the life and times of the early women writers we represent more relevant and accessible to people today.”

Chawton House Library aims to educate and inspire people of all ages to read the works of early English women writers from 1600 to 1830 and preserve the literary heritage for academics and non-scholars for generations to come.

The house itself is regularly open to visitors, alongside library readers, for tours and during public events.  It also provides research facilities for Visiting Fellows from around the world, learning projects with local schools and colleges and fosters links internationally through seminars and conferences.

Tickets for the event cost £8 for adults and £4 for children (under fives go free) or a family ticket can be bought for £15 for two adults and up to three children. Book here at Eventbrite or call Chawton House Library on 01420 541010.

Read an interview with Dr Annie Gray on the Chawton House Library blog for more information about celebrating Christmas the Georgian way.