A Gothic Night to Remember

A Gothic Night to Remember

Chawton staff were hard at work on All Hallows’ Eve decorating the house to create an atmosphere that would ‘Freeze the Blood’. It was full dark when visitors arrived for the evening event, and lanterns guided their steps up the drive, where pumpkins and cobwebs bedecked the house. 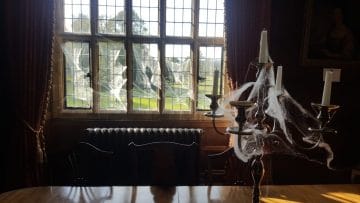 A fire roared in the Great Hall where we served our ‘Devil’s punch’. Visitors’ nerves were tested when they decided whether to test the ‘eyeballs’ floating in the blood red concoction. Cobwebs adorned the historic fittings, making the Elizabethan manor feel like a real Gothic castle! Dotted throughout the house were pumpkins carved by the Chawton staff, part of a friendly competition. The winner was the brilliant rendition of our Gothic logo, done by Garden Manager Andrew Bentley. 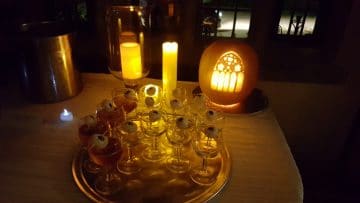 The team hosting the evening were suitably attired in historical costumes, with ghostly face paint to finish the look. Both Clio O’Sullivan and Louisa Carpenter wore Georgian gowns, with Jeremy Knight every bit the undead Regency gentleman. However, anyone familiar with volunteer Caroline Frisby would have had trouble recognising her that night! 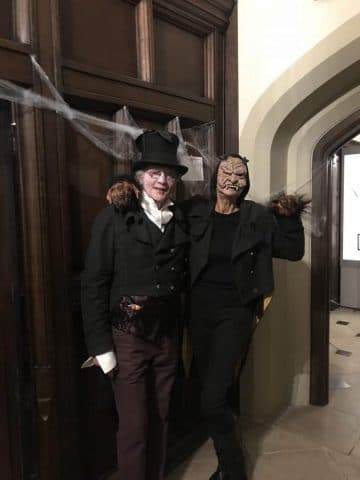 A hush fell over visitors when a sinister knocking was heard from the hidden log store. Out of it appeared a black clad figure, who lowered her hood and read an extract from Mary Shelley’s Frankenstein. Thus the candlelit tour began, led by Clio. Jeremy Knight guest starred to tell the true tales of Chawton House ghosts. The tour finished in the Lower Reading Room, with a brief clip from the 1931 film, showing the scene where Frankenstein brings his monster to life. 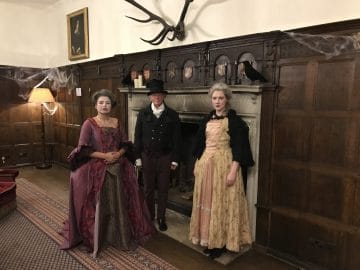 If you missed out on the tour, not to worry! Our Gothic exhibition is running until we close on 7 December.